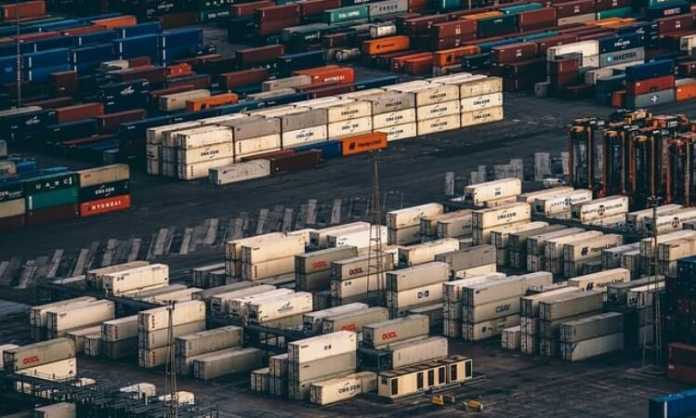 The USA is the most powerful economy in the world and has various opportunities for entrepreneurs like you who want to trade across the borders. The USA ranks amongst the top three countries in export and import businesses, and the primary competitors are China and the European Union.

In previous financial years, 2016-17, the export from the USA accounted to $2.2 trillion, and the import was $2.7 trillion which made the USA retain the third position in world export and second in import.

So, you can gauge the vastness of the opportunities that are present in the USA market for both import and export businesses. Let us take a look a little deeper and understand which are the primary goods and services that this country specializes in exporting and importing so that you can have a bright idea about the way to proceed into this EXIM market.

The significant percentage of the export businesses which are generated from the USA consists of goods, though there is a massive chunk of services as well. Under export of products, there are several categories in which you can trade, and they are as follows: 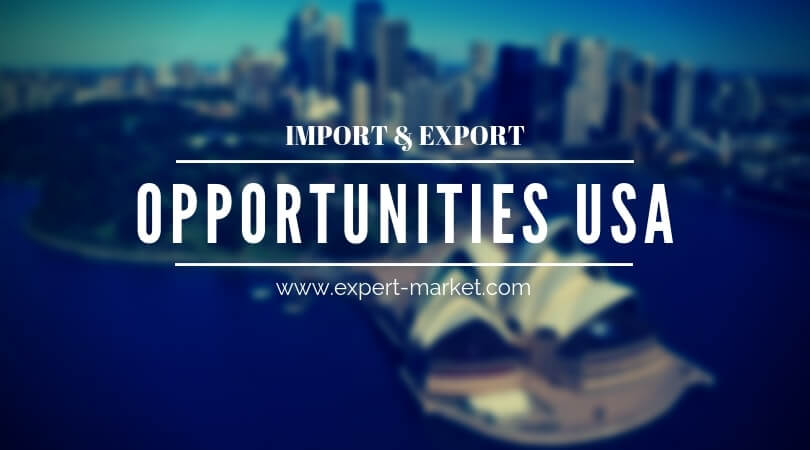 While it is 2/3rd of the export from the USA are made up of goods, it is 1/3rd of this 2/3rd which is comprised of only capital goods. In 2016-17, capital goods export amounted to $519 billion from the USA. If you further categorize this segment – the significant opportunities lie in the trading of commercial aircrafts which amounts to $121 billion of the exports from the USA.

The next is the industrial machinery which amounts to $51 billion, and you have a lot of chances of growing this business because industries are flourishing in every economy at present and there is a massive demand for the westernized industrial machinery. Other capital goods include semi-conductors which amounted to $44 billion, telecommunication goods amounted to $41 billion, electrical Apparatus neared about $42 billion, and the equipments for the hospitals and medical purposes amounted to $35 billion, and these are the main constituents of the Capital goods export of the USA.

Almost $400 billion of industrial supplies are exported from the USA excluding the industrial machinery. Under this category, you can seek opportunity in the chemical and related goods export as this amount to near about $71 billion. Petroleum products are neither far behind as they constitute a significant portion of $51 billion whereas the fuel amounts to $30 billion and the plastic products amount to $32 billion.

This section though accounts for only 13% of the USA’s goods export, but last year’s figure can motivate you to take part in this business as well because $194 billion is not a small amount. There are opportunities to make a significant profit out of the trade of consumer goods from America as well. The primary products in which you can deal and their last financial year’s export figures are

The ten percent of the exported goods from the USA is Automobiles, and in 2016 the export of the same amounted to $150 billion.

A 9% of the total goods exported from the USA are this category which amounted to $131 billion last year. The significant components are soybeans amounting to $24 billion, corns amounting to $11 billion from the previous year’s figures of export and poultry/meat equals to $ 17 billion.

The remaining are the computer and IT services which amounted to $178 billion, license fees and the royalties amounted to $120 billion and similarly the financial services from the private sectors.

In import, the percentage of goods is more than what USA exports – 80% and according to last year’s figure – $2.2 trillion. The significant components are again the industrial machinery and the equipments which accounted for $144 billion approximately.

The petroleum and oil import amounts to another $144 billion last year making itself the most significant subcategory under the import section of goods. Capital goods constitute 25% of the total assets imported and the previous year’s figure was close to $590 billion.

Mainly computers, telecommunication goods, and equipments are imported which includes the semiconductors as well. Last year this section of capital goods amounted to $123 billion of the total import (2016-17).

The consumer goods amounted to $584 billion which makes another quarter of the goods imported to the USA. The main category under this section is of footwear and apparels which constituted $123 billion of the total import last year.

The next subcategory under consumer goods import is the television sets, and the mobile phones which amounted to $121 billion and final but not the least is the pharmaceutical sector which imported $112 billion amount of goods last year in the USA.

Automobile accounted for $350 billion of the total import and the FMCG sector imported goods amounting to $130 billion.

Import of services in the USA makes up almost 19%-20% which was equivalent to $502 in the last year’s balance sheet of the government. Similar to the export, the primary section here is travel and transportation services which make up the most of the services that USA imports and this is followed by the banking and financial services and IT and computer-related services.

So, there is a vast land of opportunities in front of you, and the variety is commendable. You have to decide which export or import business you want to get into by analyzing your capital strength and other required strengths like workforce or the human resource and management capabilities.