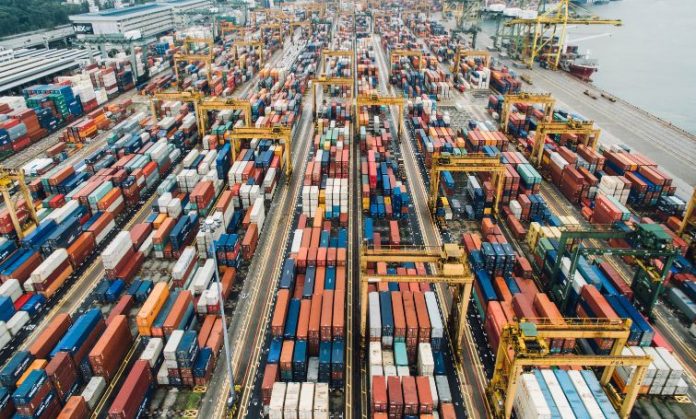 Ever since the UK government signed off its deal with the European Union following its departure from the trading bloc’s customs union, shipping freight to Europe from the UK has meant additional red tape. Bear in mind that not every European country on the continent is a member state of the EU, however. Norway, Switzerland and Liechtenstein are all outside of the EU, for example. Despite this, goods that are bound for nearly all locations on the continent will usually have to pass through the single market area. As such, you still need to complete the same sorts of declarations even if the ultimate destination of your shipment isn’t in the EU. So, what do you need to know if you are going to sell goods to customers in Europe? Read on to find out.

For some time, British exporters have had to be registered with the government requiring them to make declarations with all of their shipments. Given that when the UK was in the EU no such declarations were necessary for exports, this has undoubtedly caused a shock to some firms. Indeed, some have given up on exporting at all because they don’t have the in-house skills to get the declarations right.

Added to this, the HMRC online portal where exportation declarations are made is changing in 2022. Therefore, there is even more to learn, something that smaller enterprises, in particular, often don’t have the budget to support. Consequently, turning to a customs clearance agent will usually make sense. Registered customs clearance agencies deal with exportation declarations week in, week out. Therefore, they will ensure the regulations are met and avoid your goods potentially being held up at Dover, Immingham or Liverpool, for example, by British customs officials.

Please note that exporting goods to Europe will also mean having to comply with European regulations. As such, UK exporters also need to send their goods with supporting paperwork that meets EU rules. Many British goods arrive in the EU’s customs port in Dublin or Calais. If you haven’t sent your freight with the right importation documents, then the shipment can be delayed or, in the worst cases, impounded. Again, customs clearance agents who are well-versed in European Union rules can be invaluable in helping firms to make sure they submit their forms in the correct manner.

As well as all the paperwork headaches that British exporters face when shipping goods to European customers nowadays, there is the issue of getting consignments to where they’re needed cost-effectively. Groupage shipments which bundle various deliveries together into single shipments are often the cheapest way to handle freight services to the continent. According to Barrington Freight, a British firm that arranges rapid groupage deliveries throughout Europe, combining customs clearance work with freight forwarding makes the complex logistics of trading with customers on the continent easier. To put it another way, by using one service provider that deals with customs clearances as well as physical shipment handling, British exporters can get the best of both worlds and continue to enjoy trading with European customers despite the technicalities involved today.