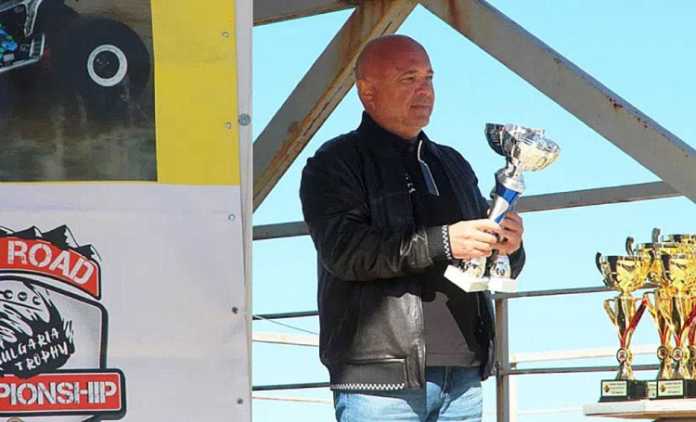 The third round of the National Off-Road Championships in Bulgaria, Samokov Trophy 4х4 2021 edition, was held in Samokov on the first days of October. Bulgaria’s most successful representative for the Dakar Rally Orlin Alexiev did not take part in the contest because his new car was not delivered on time. This also interfered him from testing the four-wheel-drive the way he had earlier planned for.

However, he got the chance to award the race winners in the rally category and talked about his plans for the future in front of all the fans and contestants.

The final races and the awarding ceremony taking place at the Rido motocross track were watched by over 5,000 spectators on a nice sunny day. The competition was started by the mayor of the Municipality of Samokov Vladimir Georgiev. In the center of the city, 53 cars from Bulgaria, Kazakhstan, Romania and Greece were involved. The organizers of the local sports club Off-Road Club Samokov 4×4 had mapped out over 500 racing kilometers for the following three days.

Revving their engines across mountain climbs and descents – some breathtaking, some challenging – the drivers found themselves bouncing around a diverse terrain also consisting of technical ravines and riverbeds.The routedid run along the old road to Borovets, the road to the Black Rock, the Sitnyakovo road, and all the way back.

Samokov Trophy is part of the sporting calendar of the Bulgarian Automobile Sports Federation and is organized with the support of the Municipality of Samokov.

As far as the highest-level category is concerned, where contestants use prototype race cars, Daniel Gospodinov and Ivan Penchevdominated the fierce competition from Kazakhstan, Turkey and Greece. With respect to the fastest category, debutants MetodiPaunov / VladiRadenkovleft the competition far behind with their flawless navigation and high average speed.

In the standard class car category,the duo of Emil Dimitrov and Andon Andonov from Petrich took victory, giving spectators a nice surprise.Lastly, in the reinforced standard cars category, father and son Tsvetanand KaloyanNaydenovigot had the best performance. Driving their Jeep Cherokee, they once againfended off everyone else.

For the first time in this race, they used a platform calledracetracking.org and the outcome was successful. This is an automatic satellite tracking system that also processes the results. It was developed by EasyTracking, a company headquartered in Varna. On the last day, the system was attacked by hackers but the delay was only 15 minutes.

The last round will be completed in the vicinity of Ruse from November 26thto 28th which is when the champions of Bulgaria will be announced.

Rally cars are very different from on-road cars. They are stripped down to the bone so they are much lighter and faster. The outside is reinforced so it can withstand the harsh terrains it is exposed to. There are roll cages that provide additional safety in case of an accident. This keeps drivers relatively safe.

There are no roof trims, air conditioning and paddings to ensure more comfort for the passengers. The sides of the seats basically hug the driver. This way they won’t slide around. While the car is overcoming various obstacles, the contestants need to be perfectly stationary; and a five-point harness seatbelt can help do the trick.

Everything from the engine to the tires is modified. Each tire has to be strong enough to resist a lot of pressure in off-road conditions. It is manufactured to be able to absorb more impact than a standard tire.

Orlin Aleksiev’s new car is supposed to be perfectly fit for the most gruelling of terrains, with an adjustable suspension and a 200-horsepower engine. Aleksiev joined forces with Todor Hristov who will be his designated navigator or co-driver, and both are expected to make a comeback at the Dakar Rally in the upcoming 2023.

The 10 Best Free PC Games You Can Download Now

10 Essentials Your Living Room Should Have

Guitar Tone: How To Improve It Without Burning Your Wallet

4 Great Ways Of Spending Fun Time With Your Friends

How to start an Event Management Company In India