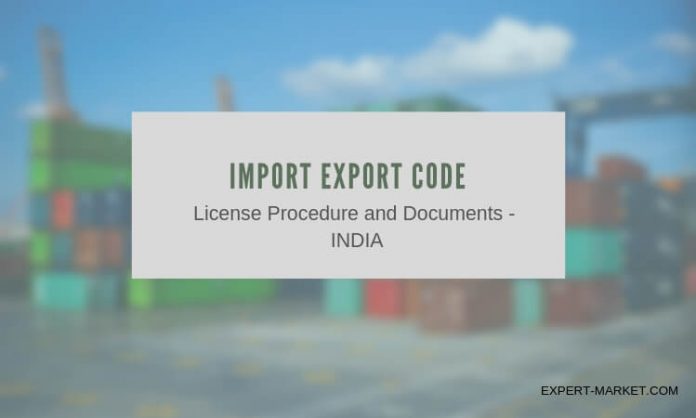 There are many businesses that would profit in India. These businesses can also be profitable outside India and they can be traded in the international market as well. The export or the import from the other countries has its own market within the crowd of India.

To run the business or sell the product outside India, there are certain formalities that the business has to undertake and based on which the same can be called as export or import business.

Documents and procedure to obtain the IEC Code is a vital aspect of the international trade.

In this article you will get information on what are the documents required to get or apply for import export code or IEC code in India.

The step to obtain the license:

The first and foremost part of starting the import or export business would be to get the license from not only the home country, but also from the country where the export of the goods have to be done.

The import export code (IEC Code) is the license that needs to be obtained from the Directorate General of Foreign Trade department. This would be regarded to the first step to start the export or import business in India.

The license can be obtained by submitting the required documents as mentioned by the authority. This is a code that is required for authenticated transaction to be done overseas. The number that is found in the code would be ten numbers.

The business that is under the exporting sector will not be allowed to start the business without this code and if so done otherwise, would be regarded as illegal.

Hence, most important factor that is required to be looked into would be the acquiring of this code accordingly. As per the law the business which is done internationally, would require this code to be adhered to under section seven and this is stated under the foreign trade enactment.

Exemptions under the IEC applicable to only some of the products and to some countries:

There cannot be business transacted outside India without this. However, there are some exceptions when the exports and imports are done to and from places like Lakshadweep and Nepal. Among these places also there are certain products that cannot be exported or imported without the Import Export Code, These would be include the chemicals that are termed as special and some materials as well as mentioned in the bifurcated procedures.

Documents required for the obtaining of the IEC code:

The companies that deal in the international trade would be benefited in terms of the customs, if they have the IEC number.  Hence, this has become very important for the merchants in this field. It is also apt for the national security.

The application for the IEC number can be downloaded from the web site of the Directorate General of Foreign trade web site. This is a very easy way to get the details online and apply for the code accordingly. The link would be http://dgft.gov.in/

List of documents that are required while applying for IEC Code (Import Export Code) are as follows:

The Below documents would assist in the applying and receiving the IEC number:

A banker’s certificate should be filled as per the requirement of 18A Appendix and should contain the address of the bank and the phone numbers. The same should be written below the photo of the owner pasted and should be attested by the banker.

The Pan Card copy as provided by the Income tax department has to be also sent along with the application. Here both sides of the pan card as to be photocopied and sent accordingly.

The full size photo of the applicant has to be attested by the banker and the same scanned and sent along with the application.

The memorandum of articles and association and the Certificate that is issues by the registrar would be required for the registered companies in order to obtain the IEC number.

For the partnership firms the Certificate of registration of partnership that is issued under the section 59 of the Indian Partnership Act of 1932 has to be provided.

The proprietary firms should have the document that is issued by the Government Agency that indicates the firm being registered under the acceptable rules and regulations of the proprietary act.

20 Most Popular Product Exported From India to Dubai UAE