Home Stories What You Need to Know About Nanobots and their Impact on the...
Facebook
WhatsApp 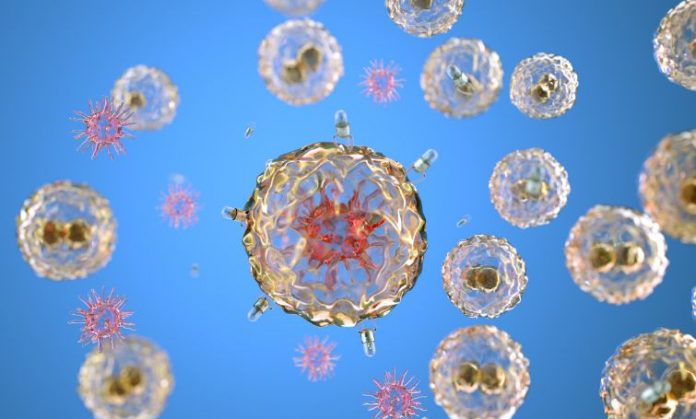 Nanobots, or nanorobots, are robots designed with nanotechnology and are capable of performing complex tasks on a microscopic scale. In the healthcare industry, these tiny robots have the potential to revolutionize the way diseases are diagnosed and treated.

Nanobots are made from nanomaterials, including carbon nanotubes, nanowires, and nanosensors. These materials are 10,000 times smaller than the width of a human hair, making them ideal for medical applications. They are highly maneuverable, allowing them to navigate the body’s microenvironments and interact with cells and tissues in ways that traditional medical techniques cannot.

Nanobots can be used in a variety of ways in the healthcare industry. They can be programmed to detect and diagnose diseases, deliver drugs, and perform medical procedures. They can also be used to monitor vital signs and provide early warning signs of diseases. In addition, nanobots can be used to detect and monitor environmental pollutants, such as air and water toxins.

The potential of nanobots in the healthcare industry is immense. With the use of nanobots, doctors can diagnose and treat diseases more quickly and effectively, reducing the time and cost of treatment. Nanobots can also be used to help detect and monitor environmental pollutants, helping to protect public health.

Overview of How Nanobots Work and Their Different Types

Nanobots are tiny robots that are measured in nanometers. A nanometer is one-billionth of a meter, which makes nanobots incredibly small. These robots can be used for a variety of purposes, including medical treatments. They are often used for tasks that are too small or difficult for humans to complete.

There are two main types of nanobots: active and passive. Active nanobots are able to move through a body on their own, and they are typically used for targeted drug delivery. Passive nanobots, on the other hand, can be controlled externally, and they are often used to monitor the body’s environment and detect changes in the body’s chemistry.

Nanobots have the potential to revolutionize the medical industry by allowing for more precise treatments. For example, active nanobots can be programmed to target specific areas of the body, allowing doctors to deliver drugs directly to where they are needed. This could help to reduce the side effects of drugs, as well as reduce the amount of medication needed for a treatment. Passive nanobots can also be used to monitor the body’s environment and detect changes in chemistry, allowing doctors to respond quickly to any changes that occur.

By allowing for targeted drug delivery and monitoring of the body’s environment, nanobots can help doctors provide more precise and effective treatments. With further research and development, nanobots could soon become an integral part of the healthcare industry.

Particularly when it comes to drug delivery. Nanobots are tiny robots made of nanomaterials, designed to travel through the bloodstream to deliver drugs or to perform other medical tasks. They offer the promise of being able to precisely target and deliver drugs to exactly where they are needed in the body. This could lead to more targeted treatments that are more effective and less expensive than current methods.

Nanobots can also be used to deliver gene therapies, which involve inserting genes into cells to correct defective genes or to introduce new genes. This could potentially revolutionize the treatment of genetic disorders and cancer. Nanobots could also be used to deliver treatments to cancer cells, allowing doctors to precisely target tumors and reduce the risk of side effects.

The potential of nanobots to revolutionize drug delivery and other medical treatments is exciting. However, there are still many challenges that need to be addressed before nanobots can be used in a clinical setting. For example, researchers need to develop technologies that can program nanobots to target specific cells and release drugs in a controlled way. They also need to ensure that nanobots are safe and that they won’t cause any harm to the body.

In the area of diagnostics, this innovative technology is being used to detect and diagnose diseases or medical conditions at the cellular level, allowing for more accurate and timely diagnoses. Nanobots have the ability to recognize and diagnose diseases at a much more precise level than traditional medical tests.

Nanobots are able to identify specific molecules, proteins, and other cellular components that can be used to diagnose a variety of diseases. They are also able to detect changes in cell structures and levels of biochemical markers that can signal the presence of a disease or medical condition. This allows doctors to quickly and accurately diagnose a patient’s medical condition and begin treatment sooner.

Nanobots are also being used to conduct molecular imaging, which allows for a more detailed view of a disease or medical condition. This technology can be used to detect cancer cells, monitor the progression of a disease, and even identify the presence of viruses or bacteria.

The use of nanobots in diagnostics is revolutionizing the healthcare industry. With their ability to detect and diagnose diseases at the cellular level, nanobots are providing healthcare providers with more accurate and timely diagnoses, enabling them to begin treatment sooner and improve patient outcomes. Nanobots are also being used to monitor a patient’s health, deliver drugs directly to the site of a disease, and conduct molecular imaging, all of which are helping to improve the effectiveness of treatments and improve patient outcomes.

Nanobots are being studied as potential surgical tools with the potential to revolutionize the healthcare industry. They are capable of performing surgery in difficult-to-reach areas, making them ideal for the medical field. In the future, nanobots could be used to treat cancer or perform delicate eye operations.

Nanobots could also be used to carry drugs, diagnose diseases, and deliver treatments. They could be programmed to recognize and destroy cancer cells or to remove plaque from artery walls. In addition, they could be used to repair damaged organs or tissue and to perform less invasive surgeries. Nanobots could even be programmed to be used in robotic surgery, providing surgeons with greater precision and accuracy.

Challenges of Nanobots in Healthcare

Nanobots have the potential to revolutionize the healthcare industry, but they also present a number of challenges that need to be addressed before they can be widely adopted. These challenges range from technical to ethical and regulatory.

One of the main technical challenges is the development of reliable and safe nanobots. Nanobots are incredibly small, and the precise control of their movements and functioning is difficult to achieve. Engineers must also ensure that the nanobots are not damaged by the environment they are operating in, as well as making sure they do not cause damage to healthy cells.

Another challenge is the ethical implications of using nanobots in healthcare. There is a need to ensure that nanobots are used in accordance with medical ethics, especially since they involve the manipulation of cell structures at the nanoscale level. Regulators must also consider the potential for misuse of nanobots, as well as the potential for them to be used for malicious purposes.

Finally, there is the challenge of cost. Currently, the production of nanobots is expensive and requires a large investment of time and resources. This could limit their use in healthcare, especially in developing countries.

Overall, nanobots have the potential to revolutionize healthcare, but there are still a number of challenges that need to be addressed before they can be widely adopted. Technical, ethical, and regulatory considerations must all be taken into account before nanobots can become a reality in the healthcare industry.

What the Future Holds for Nanobots in Healthcare

The future of nanobots in healthcare is an exciting one. As technology continues to advance, the potential for nanobots to revolutionize the healthcare industry is becoming increasingly clear. Nanobots are tiny robots that are capable of performing precise tasks on a microscopic level, making them ideal for use in medical treatments. They are already being used in a variety of ways, from monitoring vital signs to delivering drugs directly to tumors. As nanobots become more sophisticated, their applications in healthcare will expand even further.

Closing Thoughts on Nanobots and their Impact on the Healthcare Industry

The possibilities are seemingly endless. However, it is important to remember that nanobots are still largely in the research and development phase, and there are many challenges that must be overcome in order to make them a practical reality.

The potential benefits of nanobots are undeniable, but it is equally important to consider the ethical implications of using these robots. We must ensure that their use does not cause any harm to humans or the environment, and that their use is only for beneficial purposes.

In conclusion, nanobots are a promising technology with the potential to revolutionize healthcare. While the technology is still in its infancy, the potential benefits are tremendous, and it is worth doing further research to explore their potential. With the right research, regulation, and development, nanobots could have a major impact on the healthcare industry, and change the way we think about healthcare.