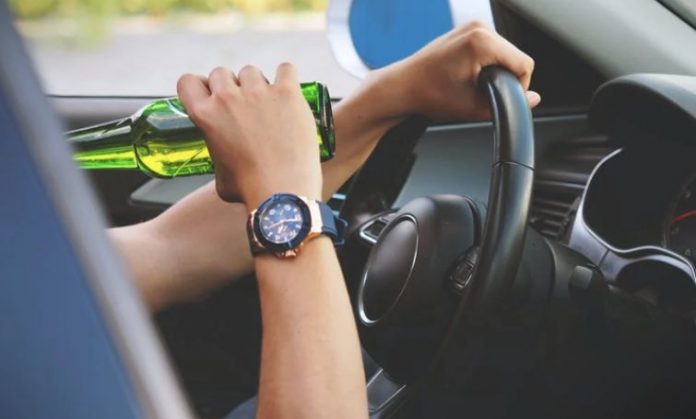 Thousands of traffic tickets are given out by police officers for violating traffic laws annually in the state. Traffic violations can be as simple as not wearing the seat belt while driving, or as complex as a hit and run case.

But you can still get serious and life-altering punishments like the suspension of your driver’s license or time in prison. So let’s look at the most common traffic violations that can result in penalties.

Speeding is one of the most common traffic violations that are given the most tickets. Speeding is when the driver exceeds the speed limits set by the state, and it also includes driving too fast under harsh conditions.

For instance, if it’s raining heavily, then you will need to reduce speed below the speed limit to ensure safety for yourself and others. So if you are driving too fast in this situation, you will be pulled over.

If you get a traffic ticket for speeding, your driving record will get 3 points added to it. And if you were racing at high speeds, then you would get 6 points. And if these points continue to add up, you will lose your driving privilege. This means that you could lose your livelihood if you are a commercial driver.

Reckless driving is the violation of driving a vehicle with no regard for the safety of others around you. Reckless driving can include tailgating, racing, slipping in and out of traffic, speeding excessively, suddenly changing lanes, driving aggressively, or driving the wrong way.

If you drive recklessly, break traffic rules, and jeopardize the safety of others, then you can get serious penalties and fines. For reckless driving, you can get 4 points on your driving record in addition to the fines and penalties. And if you cause an accident due to your reckless driving and injure others, then you can also face prison time. Depending upon the situation, this traffic violation can become a criminal offense.

Distracted driving is more common than you think. Distracted driving involving texting or using a mobile phone, eating or drinking, reading or doing other things while driving results in reckless driving, causing you to break the traffic laws.

So you can also get a reckless driving ticket for it. However, the most common cause of distracted driving is using mobile phones while driving. So you can receive a ticket or be fined for being caught using mobile phones while driving. Moreover, distracted driving is the same as driving under the influence, as the collision that results is usually deadly.

This is because you have to abide by the traffic rules and follow the traffic signs while you are on the road. Moreover, it’s also important to make use of your turn signal before making any turn or pass. For violating this, you can get 3 points on your driving record.

Driving too closely to the vehicle ahead of you can be detrimental. The more the space between the car, the easier it will be for the vehicle behind to avoid accidents if something happens suddenly.

Drivers usually follow too closely because they do not want another vehicle to slip in between and slow them. But regardless of your reason, this is illegal and can be dangerous.

If you are the driver of the rear vehicle in a rear-end accident, then you most certainly will get a ticket. If you get a ticket for this traffic violation, consult this Traffic Violation Lawyer in Richmond, VA, today.

6) Driving under the influence (DUI)

Driving under the influence of alcohol or drugs can lead to serious criminal charges. For a DUI, you can face much more than a traffic ticket; learn more here

If you are caught driving under the influence, then you can be arrested, fined heavily, get prison time, your driver’s license can be suspended, you will get 6 points against your license, and receive other serious consequences.

This is why it’s best to be sober when you get behind the wheel of your vehicle. It’s also important to note that certain prescription drugs can cause intoxication even if they are legal to take in. But they will intoxicate you and hinder your judgment when you drive on the road and thus lead to traffic accidents. So avoid these medicines before driving.

Running a red light is also a serious traffic violation. Traffic signals are there for a reason. They control the flow of the traffic so that everything runs smoothly and vehicles do not hit one another.

Everyone knows that abiding by the stop signal is important to ensure safety. But sometimes, drivers in a hurry speed up when they see the yellow light and mistakenly think that they will get to the other side before the light changes.

But this is wrong as accidents occur when the traffic from your side starts flowing in, and the vehicles can hit your car. In more dangerous scenarios, the driver may ignore the traffic signals and try to drive through the intersection. This is extremely unsafe and can cause crashes.

A driver can only drive a vehicle within the parameters of their license. For instance, a driver with a motorcycle license cannot drive a commercial vehicle.

This violation can result in the suspension of your license, fines, and points against your license. And if you are driving a vehicle unlicensed, then you may have difficulty in getting a license later on.

First, it is your responsibility as a citizen of the state to drive carefully and safely. You should avoid the above-mentioned violations of the traffic laws by driving legally. But in case you get involved in one such situation, you should consult with a traffic ticket lawyer.

To avoid getting points to add up against your license and cause a suspension or revocation of your license, it’s best to have a lawyer represent you to reduce the negative consequences of the offense.

5 Benefits of Used Vehicles for Businesses

Fleet Business: 5 Points to Remember with Your Vehicles

Why Logistics and Driving Jobs are in Demand