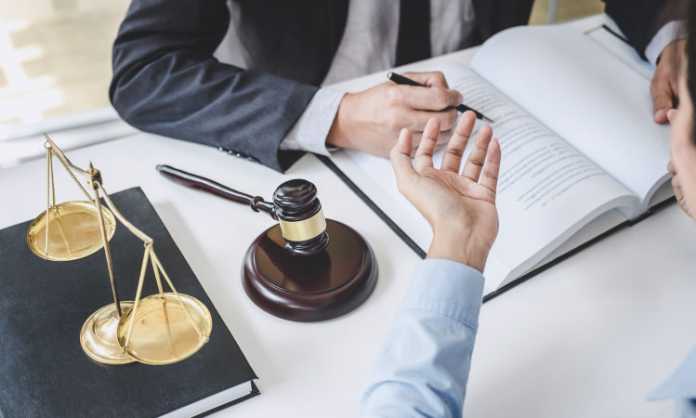 The intervention of a criminal lawyer can acquit even a murderer like OJ Simpson by creating doubt. So simple that he hires 12 lawyers  just to create a doubt and save him. But this has changed in the recent times though the whole world knows he is a murderer who got away.

Still there is not sufficient knowledge of the functions of a criminal lawyer that can go beyond the defense of criminals accused who has committed a prima facie crime before a court of the people.

We have discussed below some cases in which the intervention of the criminal lawyer is crucial or can be, as per their strong points of specialization.

A defense lawyer in Denver asked me to plead guilty for causing a little scratch on the other car when I was backing up from a parking lot as it would reduce my crime from speeding to a lesser crime!

Because that was the best defence possible.

The Prosecutor(accuser) or Penalty Lawyer (Defender)

A criminal lawyer is a professional whose intervention is required by law to make sure,before a court of law,a right to defend is exercised for someone accused of any crime.

There is no chance for self-defense of an accused person without a lawyer with a knowledge of criminal and criminal procedural law.

A criminal lawyer is necessary to avoid anyone being prosecuted defenselessly.

The intervention of a defence lawyer is to ensure a fair trial since the evidence of a crime is brought to the process by the accusing prosecution lawyer.

The first assistance to the person investigated is given in his first police or judicial appeal until the trial, and any  subsequent appeals.

These phases are distinguished as phases of the intervention of a criminal lawyer at different levels.

Assistance at the Police Station

When a person is arrested or a subpoena is sent charging him of a criminal offence, the first statement he gives is of highest importance.

His lawyer will advise the accused as to what is his best option between giving a statement or to remain silent.

After the detention of an accused following a complaint or an appeal following a previous detention, his lawyer will prepare the client in his statement before the Judge.

He now has access to the judicial file and the seriousness of the crime that weighs against the investigated person.

Thus in addition to his own arguments and evidence of discharge,he prepares the best defence strategy.

Defender in the Process

The criminal process has various stages of investigation, intermediate and the oral trial without prejudice to the system of resources.

The criminal lawyer is the professional who will intervene in all these stages enforcing the defensive arguments and the evidence of discharge without which the accused has no chance of acquittal.

Any aggrieved victim of a crime has the right to lodge a complaint with the police or judicial authorities and to follow up the accusation in the process that derives from the crime, seeking the restitution and repair of their rights, including compensation.

In this case,the role of the criminal lawyer will be similar to that of the defender but trying to enforce the arguments and evidence of charge seeking a greater satisfaction of the injured right of his client.

In addition to assistance at the police station and court, the lawyer prepares writing of complaints and the collection of evidence including obtaining any report that is needed.

In recent times the role of the criminal lawyer has acquired an  important aspect as a private advisor.

Investors normally seek the services of a criminal lawyer along with other advisors such as economists, taxpayers or asset managers when carrying out certain private operations like equity investments, capital movements, the constitution of fiduciary instruments, successions etc that may involve specific circumstances like lifting of assets, money laundering, tax evasion etc.

In these last cases, they count on the advice of the criminal lawyer specialized in fiscal matters and wealth advice so as to safeguard themselves from being accused later.

Companies and organizations of reputation are beginning to equip their counsels with criminal experts.

The rise of Economic Criminal Law and the corporate criminal adoption of abusive agreements, breach of the rights of the partners, as well as the birth of the responsibility of corporations to avoid criminal implications, are leading to such necessities.

At the time of writing a contract with suppliers or when making a strategic decision within a corporation or adopting a fiscal policy for examples, the criminal lawyer is the best prepared to decide that a specific conduct is likely to constitute a criminal aspect.

There is an increase in new crimes in line with the evolution of new forms of criminality such as computer or cyberspace crimes which are new ways of fraud and business-related crimes.

But these can be effectively kept under control with the assistance of a criminal lawyer.

The responsibility of legal persons to prevent chances of being implicated in criminal aspects has set off alarms in the business world.

This has led to the birth of new crimes, but now organizations will respond for lack of prevention in the defensive commission of crimes by others.

Due diligence is required not only with regard to company personnel but also with third parties, deemed as business partners, suppliers, freelancers or subcontracted companies and even customers.

Operations such as mergers or removals require not only analyzing of the history of the absorbed company, but also the simple collaborations between brands or the provision of services.

The criminal lawyer will contribute to the Due Diligence processes of his vision of the criminal risk in the event that it can be eliminated.

Organizations want to adopt and show an ethical culture in the way of doing business, based on regulating the compliance,helping the house eliminate criminal risks.

Among those who value ethics is created a preponderant role for the criminal lawyer. He has expanded his knowledge in matters such as ethical governance.

Risk Management and Compliance are his new responsibilities.

His role will thus focus on the evaluation and analysis of corporate processes according to the ethical modelling required by the legal entity.

Contact www.tranicriminaldefense.com for advice from the best criminal defense lawyers in Denver.