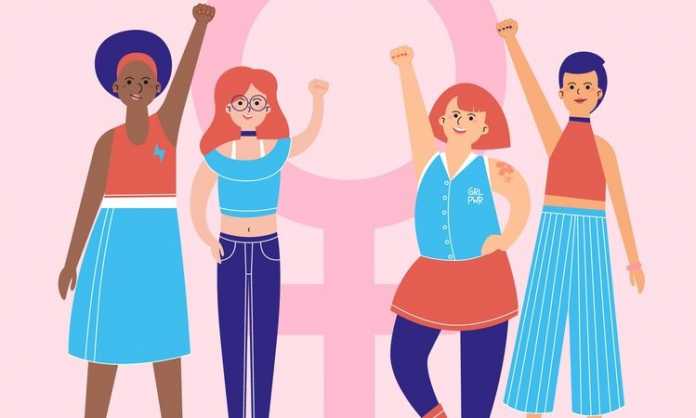 From the earliest days when women first started working, gender discrimination has been one of their biggest obstacles. Whether this involved failing to be paid equally with men, being passed over for promotions into management, or not being allowed to pursue career opportunities in fields where men have long been the primary workers, these and other situations have led to many difficulties for women over the years.

But unlike the past where women rarely took action when discriminated against, today’s society is much different. As a result, women who find themselves being discriminated against in the workplace often choose to use a variety of methods to fight back and forge ahead with their careers.

If you believe you are being discriminated against due to your gender, here are some important steps you should always take when facing this type of discrimination.

Also Read:- 8 Types of Workplace Discrimination You Should Be Wary of as an Employee

Speak to Your Supervisor

In some cases, speaking to your supervisor will bring the problem to their attention and result in a solution being found that satisfies everyone. In addition to possibly getting the problem solved rather quickly, this is often a necessary step should you at some point decide to contact an experienced gender discrimination attorney about possible litigation against your employer.

In some cases, speaking to your supervisor will bring the problem to their attention and result in a solution being found that satisfies everyone. In addition to possibly getting the problem solved rather quickly, this is often a necessary step should you at some point decide to contact an experienced gender discrimination attorney about possible litigation against your employer.

When discrimination against one’s gender occurs in the workplace, it should immediately be brought to the attention of a company’s Human Resources director. Due to this form of discrimination being a violation of state and federal law, a company that allows this to continue could find itself facing serious legal consequences.

By notifying the Human Resources director, this will accomplish several things. One of the most important is having your complaint documented, which will be crucial should you have the need to file a lawsuit at a later date.

Along with this, the HR director will also be obligated under federal law to advise you of the various options you will have available to you, such as mediation, filing a complaint with the U.S. Equal Employment Opportunity Commission, or even contacting a gender discrimination attorney if you decide to file a lawsuit.

Since you will have notified company management as well as Human Resources about the alleged discrimination against you, this will mean your complaint will be documented.

Whenever a situation such as this arises, company management and HR personnel are not only required to file a written report, but also conduct an internal investigation into what may be happening. By doing so, this will demonstrate you went through the proper channels in an attempt to resolve the problem on your own.

While this may sound simple enough, it will be vital should you contact a Los Angeles employment attorney. If at some point you decide to file a formal complaint with the EEOC, you will not be able to do so unless you can first show the agency you attempted to solve the problem internally.

If you have gone through the proper channels within your company and have failed to achieve positive results, your next step may be to contact the U.S. Equal Employment Opportunity Commission. If you go this route, your first step in the process will be to visit the agency’s website and submit a summary of your problem and the steps you have taken in an effort to resolve the issue.

After doing so, the agency will contact you to obtain additional information and advise you if you have the grounds to file a formal complaint with the EEOC.

Gather Key Evidence for Your Case

When gender discrimination takes place within a company, there is usually much evidence to support the allegations. Therefore, you should always make every attempt to gather as much evidence as possible to show the EEOC, your attorney, and the court what has taken place against you.

For example, if you have been passed over for promotions, obtain copies of your recent performance reviews showing you have excellent evaluations. Also, be sure to have evidence of your education and experience, since this may show those promoted ahead of you were far less qualified.

Finally, if there were witnesses to any derogatory remarks or actions made against you, include these statements as well as witness contact information. As it is with any type of legal action, the more evidence you have to support your argument, the better chance you have of being successful in court.

Upon the EEOC concluding its investigation into your allegations of gender discrimination, you may decide to pursue a lawsuit based on your civil rights being violated. Since the Civil Rights Act of 1964 bars discrimination based on a person’s gender, this will certainly be an option.

However, be advised that you cannot pursue a lawsuit until the EEOC investigation is completed. Since these investigations can take almost one year to complete, you will need to be patient. Yet while doing so, you should also be in contact with a Los Angeles employment attorney to plan strategy for what may be your next step.

Once the EEOC investigation is finished, you will receive a letter stating whether or not the agency found discrimination took place. Yet whatever the agency determines, this still gives you the right to pursue a lawsuit against your employer.

Since companies would prefer to not face federal investigations and lawsuits into their hiring and employment practices, more and more companies are instead choosing to be proactive about the problems associated with discriminating against a person’s gender.

As a result, they are creating specialized seminars and workshops focused on sensitivity training for all employees, but particularly male employees. In these training sessions, employees learn not only what is considered discrimination against a person’s gender, but also review company policies and participate in role-playing sessions aimed at helping them understand the many ramifications of discrimination against a victim.

Also, most companies now also have a gender discrimination attorney present during these training sessions. Along with observing the sessions, the attorney will also provide information to employees about what is involved in an EEOC investigation, the consequences associated with a civil rights lawsuit, and much more.

While females often endure the greatest amount of discrimination due to their gender, transgender employees are also starting to be discriminated against in many companies. One of the most common examples of this involves disputes regarding which bathrooms these employees may use, since many transgender individuals fail to identify as either male or female.

As companies become more aware of the many issues associated with the transgender population, they are often consulting attorneys in an effort to avoid situations that could result in lawsuits.

While this form of discrimination is still problematic throughout many workplaces, it is possible to fight back and win. Therefore, always contact a skilled attorney if you are being discriminated against due to your gender.