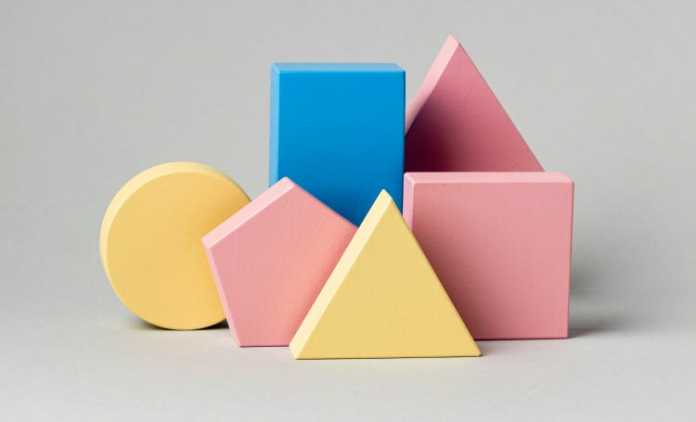 Almost every object that one comes across in everyday life can be put under different categories depending upon the number of dimensions possessed by the object. A significant number of articles are identified as 3-dimensional, which means that they possess three distinct dimensions.

They are also characterised by the fact that they occupy space. Every 3-dimensional object or shape is further studied based on its various properties. Among these properties, the most important are the faces, edges, and vertices of 3D shapes.

It is vital to understand these properties for an individual to understand further complicated formulas and calculations associated with objects and even in physics and mechanics.

Here is a more detailed explanation about each of these properties and an important formula called Euler’s formula to help co-relate the above properties in shape.

Widely speaking, solids can be classified into two categories, namely:

Polyhedrons are characterised by the presence of straight edges, faces and corners or vertices.

Curved solids, on the other hand, are known for the presence of curved surfaces. This includes spheres, cones, and cylinders.

In mathematics, a vertex (plural vertices) can be defined as the point where two or more line segments meet. Simply speaking, a vertex can be called a corner.

The number of vertices in common solids are as follows.

The individual flat surfaces of a solid object are called its faces. Solids usually have more than one face, except a sphere, which has a single curved face.

Given below is a list of common solids along with their number of faces.

The single line segment which forms an interface between two faces when they meet is called an edge. It can also be defined as the line segment joining two edges of an object. The edges form the skeletal framework of the solid shape.

Here is a list of common 3D figures with the number of edges they possess.

To completely understand the basis of 3-dimensional shapes, it is crucial to be familiar with Euler’s formula for polyhedra. It is one of the most important theorems widely used in mathematics. It was named after the renowned mathematician Leonhard Euler.

It is an important statement that explains the interconnected nature of the three properties mentioned above, that is, vertices, edges, and faces of solids. More specifically, it states the relationship between the number of faces, vertices, and edges in a solid.

Euler’s formula is stated as follows:

This formula, however, is confined for usage only with closed solids that possess definite faces and clear cut edges. It does not hold good for curved solids.

To facilitate a better understanding of the above concept, here is an example where Euler’s formula is applied to deduct the relationship between the vertices, faces, and edges of a simple cuboid.

As per common knowledge, a cuboid has the following:

Here is the calculation with the substituted values of F, V, and E.

Focusing only on the left-hand side of the equation,

= 2 which is the statement given by the theorem.

Based on the above explanation, it can be understood that this formula can also be useful in finding out the number of either one of the three properties involved when the other two are provided.

It can prove to be helpful in several complex calculations that one might encounter upon future progression into the subject.

With recent developments and progress in mathematics, several proofs have been submitted with respect to the formula. However, though quite significant, its only disadvantage is that it applies only to platonic solids or solids that possess defined straight edges and are closed.

Euler’s formula has been widely used and appreciated by professionals concerned with topology, an extensive branch of geometry that specialises in properties of solid objects preserved even under strenuous conditions and deformations like excessive stretching, pressure, twisting, bending, etc.

This formula has been acting as a pillar for several findings made by said professionals.

Euler’s formula for polyhedra is a must-know for all students of mathematics. This formula is still considered one of the massive milestones in the field of geometry as it altered the entire way of thinking with regard to solids and space.