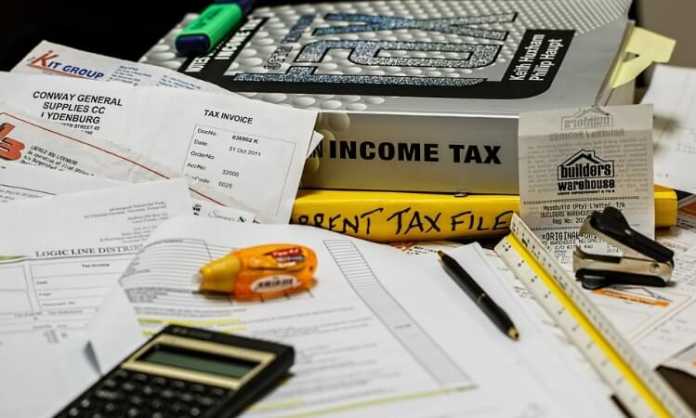 Over recent years the national budget has been struggling to recover from the shock of the 2008 credit crunch. A large part of the economy was destroyed at that time, never to return. More than 10 years later we have built a massive national debt by borrowing money to keep our nation together. This huge burden has however to be paid for and it increasingly HMRC is looking for ways to keep the headline levels of tax at or near to their present levels whilst extracting more cash from everyone.

Senior members of teams and celebrities have used their positions or status to work under subcontractor arrangements. Often these involve working in just the same way as an employee would under PAYE but paying the corporation tax rate instead of the higher rates of Income tax so 40% or 45% compared to 19%. The attraction of paying 50% or less in tax is clear to see.
The crack down HMRC are now looking at ways to bring these reluctant individuals into the tax club along with everyone else. A high profile, example of this is Eammon Holmes who together with his company Red White and Green Ltd (a play on the 3 colours used to make up a TV picture) are being taken to court by HMRC who wish to demonstrate that their companies are just a cover for what is effectively an employer employee relationship.
Self-Employment More and more people are setting up companies to work freelance in one form or another and this growth is giving HMRC a headache in that the growth of employment is not leading to the expected growth in tax take. The Government is therefore having to go after these new businesses to raise its overall tax collections.
The level of tax A big part of the problem is that the levels of personal tax in the UK are very high, the highest rates are 40% and 45% respectively. Whilst Corporation tax rates are 19%. Reducing these higher rates might initially appear to reduce tax take but the example of the living wage is interesting here, it was felt that increasing the living wage would lead to higher unemployment but experience shows the reverse has happened, increases pay rates have led to more spending, the saving rate in the UK is around 4% so 96% of income is spent. This increased demand in the economy has led to more growth and therefore more employment and not unemployment.
A similar factor may also work here, if taxes are reduced then the economy will expand due to the increased demand thereby increasing the tax take from indirect taxes such as VAT and other duties. A sudden reduction in tax levels could cause an undesirable boom but a phased approach could work. Abolishing the upper rate of 45% then phasing out the 40% band in steps down to 20% (the current lower tax rate) could be spread over 5 years. Each step could be introduced one at a time and its success monitored before the next reduction was introduced.

Bermuda for example has zero income tax, zero corporation tax and zero VAT, yet it has the amongst the highest living standards in the World and near to full employment. Clearly a low tax model can be a great success if setup correctly. Switzerland is another country with a very high living standard which has been able to combine low tax rates with a very high standard of living. Maybe the time has come for the UK to be brave and move towards a lower tax regime rather than chasing entrepreneurs endlessly.

As a nation we need to reward our entrepreneurs and encourage investment and the achievement of self-employment. Starting any business is always a risk and the tax rules and approach of the authorities need to be built around rewarding individuals who take this step rather than cracking down on them.

Our current Government needs to do far more to reduce spending and not to punish the self-employed. There is far too much waste in the public sector and still far too large a public sector, this needs to be cut down to size, whilst still finding more funds for education and health.

Auto-enrolment has been a real success and has shown how the private sector can take over areas that previously have been provided by the state. Radical thinking and ideas are needed, for example why not have a health auto-enrolment scheme to make it compulsory for companies to provide private health insurance which employees would need to contribute to.
This would create competition in the health sector whilst moving large numbers of tax payers away from the NHS into private health, if done in a phased way it would reduce the growing burden on the national budget that the NHS represents. Private education is another option, schools could be given the option of charging a top up fee, and in that way additional funding for education could be raised without the need for direct taxation increases.

HMRC are likely to expand their attack on the self-employed, but Government policy could be changed by reducing the higher rates of tax instead which would remove the attraction for this type of structure and make it tax neutral for HMRC and employees, subcontractors and the self-employed alike.
There are many very successful low tax regimes around the World, the UK can learn a lot from these examples and by moving to a lower tax approach then the need to go after the likes of Eammon Holmes can be negated.
The solution to all these issues appear to be to simplify the UK tax system and move to a single lower rate of income tax that is closer to the current corporation tax rate. For the author of this article the ideal is an income and corporation tax rate of around 15% with now higher or upper rates, applicable to all income.

Which Industries Use CNC Machines?

The Impact of Your Telephone System on Staff Morale and Productivity

What Are the Steps in a Career As a Forex Trader?