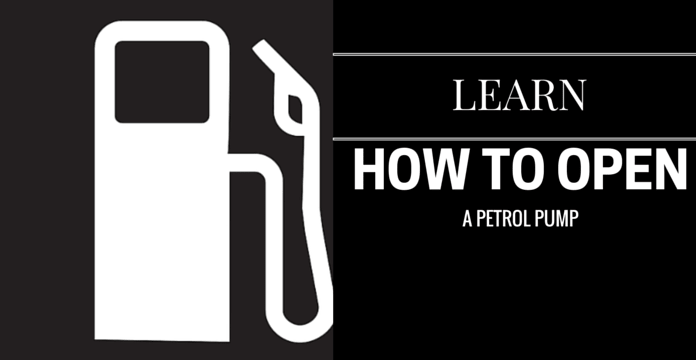 Procedures involved in the installation of Petrol Pump

The business needs to be set up by following the rules and regulation:

The set up of the business in the field of any business requires its procedures to be followed so that the business runs smoothly and without any hassle in the longer run. There are certain qualifications that have to be fulfilled in for opening a petrol pump in India so that there is less issues relating to the government requirements. Here, when a set up of the petrol Pumps are done, the government requires the owners or the proprietor to follow certain rules and regulation so that the business has to follow when the same is started. The reasons behind the obtaining of the license and following the rules and regulations required to start the business is to safeguard the business and to run the same with aptness in the procedures. There is lot of care that needs to be taken before understanding of the policy to start the business.

Deciding about the investment:

The investment would be huge in case of the setting up of the petrol pumps. If the person wants to take a dealership then the cost of the same would range close to 12 – 30 lakhs. There are different locations where the Pumps are to be installed and the same would include for the rural sector of land and the urban sector of land. The urban areas would include the highways. There is no definite system of profits being aligned with regard to the rural or the urban sector as they differ with the location where the pumps are installed.

Steps involved in starting a petrol pump in India

Q1. I have a land on Highway. Is it possible to get a license for Petrol Pump?

The location for setting up of petrol pump dealership is decided by Oil Companies after studying feasibility. If you have a piece of land in advertised area then fill out the form and submit it to oil companies. Selected and eligible candidates will receive a call for interview by selection committee of the company. Generally, oil companies give preference to those candidate who are willing to transfer land on long-term lease/sale to concerned company.

Q2. How much investment is required for setting up of a petrol pump?

Investment required to install a petrol pump varies from location to location. It will cost less in rural areas as compared to urban areas. It will range from 12 lakhs – 30 lakhs. It also depends on construction of petrol station, facilities to provide to meet the requirements of consumers in that locality. You will be asked to develop the station with basis amenities such as a washroom, drinking water facility, electricity supply, etc.

The license fee differs with regard to the dealer owned pumps and the other categories thus designated. The same would be used for the starting of the bunk in the concerned area as decided by the owner. For example, the rural petrol bunk installation would involve the amount of rupees hundred in case of the urban areas the same and would be for rupees one thousand.

Q3. Is there any reservation or preference given to specific person?

As per the existing policy as advised by Ministry of Petroleum & Natural Gas the percentage reservation for various categories is as fllows:

The allotment of the petrol pump involves procedures and has to be cleared before the same has been given the license to install in the location decided by the company.

There is also a fee for the installation of petrol pump in India and it is different for different type of ownership. The one that are owned sites or those who are leased out for the installation of the bunks would include the fees to be paid as rupees five lakh that would be not returned to the proprietor. This is applicable for the rural areas. The amount that is fixed as a fee for the urban areas that has been again leased our or owned by the proprietor would be fifteen lakh and which is also not refunded.

There are also the sites which are owned by the corporation. This has been put to bidding and the bidding would range which is close to ten lakh and for the rural areas the same would range to thirty lakh accordingly. The option for the Defence personnel, Freedom fighters, schedule tribe and the schedule tribes, and also for physically handicapped people is provided.

The option of applying for the license also available online:

The advertisements would be published in the newspapers for the requirement of the bunks to be established by the oil companies. The same can be downloaded from the company’s web site and along with the application the related affidavit, whether it is a partnership or sole proprietorship and the location where it has been offered to be installed should be filled and submitted before the due date as specified in the advertisement. The demand draft for a considered fee is taken in the company’s name and sent to the company’s address as stated on the advertisement. The company will then decide and call selected candidates for further interview process.

The Most Profitable Food Franchise for Sale to Invest In