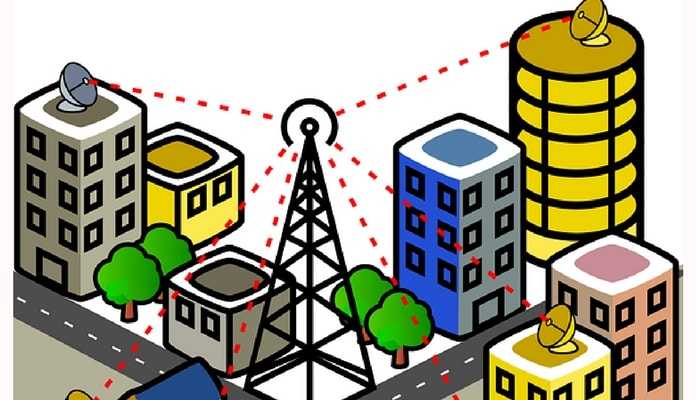 Cell phones have occupied the centre stage in the recent past and have become the part and parcel of our lives today. Undoubtedly, it is one of the electronic devices which are used frequently and we just can’t keep our hands from it. This has led to several developments in the telecom sector which has significantly contributed to the economy of the nation. In today’s world each of us owns a cellular phone and to support the networks, cell phone towers are being set up in the residential areas. It definitely gives the phones a stronger network and makes our life easy but it has several adverse affect on the health as well. Let us discuss the various health hazards caused by cell phone towers in the residential areas:-

Cell phone towers continuously emit radiation to provide signals in the phones. The people staying nearby these towers are subjected to these harmful radiations regularly. Over a period of time, continuous absorption of these radiations in the body may turn out to be carcinogenic. This result in cancer and recent surveys has shown that brain is most susceptible to these radiations which may lead to brain cancer. It is equally harmful for new born babies and kids as these radiations can easily enter into their skull. Continuous penetration of radiation in the body helps in multiplication of cells abnormally leading to cancer.

Heart is the most important organ in the body. Installation of cell phone towers in the residential localities affects the heart adversely. There is a continuous change in frequency when you are operating the mobile phones. When the frequency changes are sharp, the radiations emitted from these towers are more. This may have adverse affect on the heart and one may suffer from several coronary and heart diseases. It is advisable for very old people to stay away from such areas as their tolerance towards these electromagnetic radiations is very less. In worst cases, one may even suffer from coronary thrombosis or heart attack.

Genetic disorders are usually caused when there is a change in the genetic composition of the body. Radiations are one of the main reasons behind it. It is therefore advisable to stay away from areas where the cell phone towers are installed. The radiation levels in case of mobile towers are very high as per the standard norms and hence are very harmful. Children and senior citizens are at maximum risk to genetic disorders and show varied symptoms.

Apart from the major health problems, there are other health issues which may be caused due to the electromagnetic radiations of cell phone towers. The common ones include knee pain, joint pain, severe headache, depression, fatigue, memory loss, less concentration etc. It is a common observation that one witnesses headaches even when you are sleeping with your mobile phone by your side. Hence, one can clearly understand the radiation levels if the mobiles towers are installed in the residential areas. Initially, we neglect minor headaches or pain in the body. However, over a period of time these diseases become major ones and stay for life.

Undoubtedly, cell phone towers emit thermal rays which are very harmful for the human body. Thermal rays can cause cataract in the eyes. It is usually considered to be more damaging for the eyes. The other symptoms include severe body fatigue and less concentration. In the worst scenarios it may even lead to memory loss. It is mostly observed in middle aged people and senior citizens.

We all are aware that cell phone towers emit both thermal and non-thermal rays. The non-thermal emissions results in various complications in the body. The most adverse effect is the penetration of the cell membranes in the body. This causes several diseases because once the cell membranes are compromised; human beings suffer from multiple disorders. Most of these diseases are not curable.

The health complications depend on two important criteria: people staying close to the towers and people staying at a distance to the towers. In either of the cases, it will have health hazards as radiations emitted can cover lot of area. Based on the distance, it is classified as thermal ray complications and the non-thermal complications which is discussed above. In this modern era, it is absolutely impossible to save oneself from the electromagnetic radiation. However, it is better to avoid purchasing property in such areas, educating people about the ill effects of installing cell phone towers in the residential areas is a must.

All the above mentioned health hazards can be observed in people of all age groups. However, the badly affected ones can be children and pregnant women. It is always better to stay in a locality where no cell phone towers are installed. Also, we may not avoid the situation completely; however we can take sufficient measures to protect ourselves from these radiations. Surveys have shown that people maintaining healthy lifestyles are less prone to these radiations. There are several foods which help to resist the radiations in the body. Also drinking sufficient quantity of water, practicing meditation and exercise can be considered as a precautionary step. The best way is not to stay in places close to mobile towers.