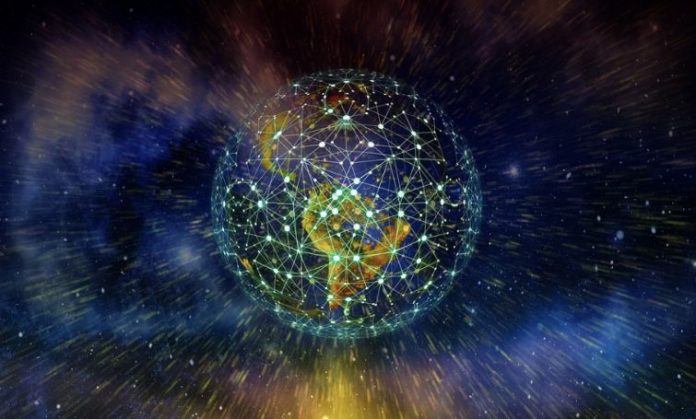 Though they’ve already been part of the public lexicon for the past few years, the two terms “blockchain” and “Internet of Things (IoT)” have recently accumulated a lot of buzz. IoT networks, or networks of physical devices that can exchange data through the use of sensors and software, have now become commonplace in homes, businesses, schools, and other organizations. Meanwhile, blockchains—which keep immutable shared ledgers for digital transactions and the movement of digital assets—have recently caught fire thanks to cryptocurrencies like Monero (XMR) and digital XMR wallet technologies.

But what do the two have to do with each other, and why is there mounting interest in integrating blockchain tech into IoT networks? This article discusses the convergence point between the two cutting-edge technologies, plus what they can contribute to consumers and businesses in the imminent future.

How Do Blockchain and IoT Technologies Work Together?

One thing that should be acknowledged about both blockchain and IoT technologies is that they are driven by ubiquitous connectivity and computing power compared to what was available to users before. Technology has greatly advanced since the days of the first smartphones, tablets, smartwatches, smart TVs, and other devices that are now considered part of everyday life in the 21st century.

By 2025, it’s estimated that up to 40 billion smart devices will exist in the world, and they may all be capable of meeting the sophisticated technological demands of both blockchains and wide-scale IoT networks. Thus, even though their applications may have initially seemed like the stuff of science fiction—and to a certain degree, still do—we are closer than ever to living in a smarter world where extremely complex transactions can be carried out in mere seconds, without us even having to use high-end computers.

The intersection of the two technologies lies in a blockchain’s ability to reproduce, track, and validate data on a wide scale and an IoT network’s ability to facilitate fast and reliable data exchange across multiple devices. Though it must be said that combining the two is currently a complicated and resource-heavy process, the initial results are quite promising.

The 3 Best Reasons to Incorporate Blockchain Technologies into IoT Networks

The biggest proponents of integrating blockchain technologies with IoT networks cite enhanced data security as one of the most significant advantages. Centralized data systems are more vulnerable to being hacked, and the consequences of a data breach are often extremely devastating for owners of centralized data repositories.

But the same decentralized blockchain technologies that make cryptocurrency transactions both secure and transparent can also bolster data security in IoT device networks. If blockchain technology ensures that data is replicated across several devices, a hacker will need to go through several more targets to get what they want and will generally have a harder time breaching the system.

Second, the use of blockchain ledgers in IoT networks can also increase operational efficiency for clients who rely on the latter for transaction processing and transaction validation. Human staff may no longer be needed for the rote, complex, and often time-consuming transactions done on a business IoT network. Even high-value transactions may be validated without delay and without risk of error.

This can save the IoT client a significant amount of money, as well as free up their staff to dedicate their resources where the human element is needed more. That’s why the marriage of blockchain and IoT is something that a lot of IoT-reliant companies can look forward to.

Third, a digital ledger made available by a business IoT network can result in full transparency among supply chain stakeholders over their data and finances. This means that there will be more clarity and less distrust among the suppliers, distributors, manufacturers, and other agents in a supply chain that utilizes IoT.

An IoT network that deploys blockchain technologies can also oversee the fulfillment of smart contracts, or contracts that issue automatic payment to contractors when certain conditions have been met and verified. Without the delays or added costs associated with intermediaries like banks, and using any device connected to an IoT network, a supplier and a purchaser can settle their business with greater speed and precision.

Of course, there are limitations on what’s currently possible with both IoT and blockchain technologies, considering that they’re not evolving at the same pace. The most immediate constraints are limited scalability, insufficient battery life and computing power from IoT devices, and low awareness (thus, low adoption) among the general public. Many people are still not familiar with either blockchain technology or the more innovative capabilities of IoT, let alone what will happen if you combine the two.

Is there a chance that the two will intersect more often in the near future? Only time will tell, but given the breakneck speed at which technology is evolving, we may see blockchains being utilized in IoT networks sooner than we initially expected. Let’s look forward to what’s possible when the two intersect.

How to Buy Ethereum in 5 Simple Steps as a Canadian

All You Need To Know About Polka(DOT)