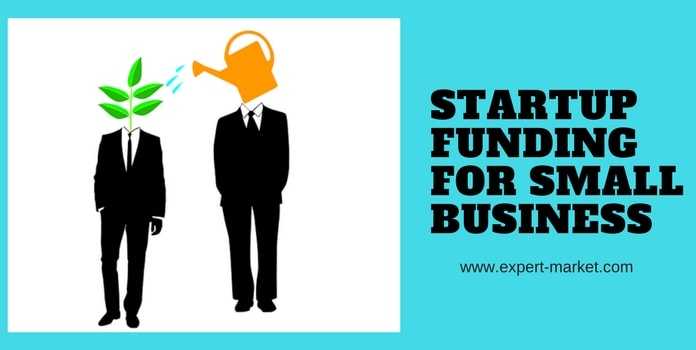 Due to liberalization and globalization, people from different sectors are taking steps through small ones to form something of their own. The people who don’t like to be bossed by anybody else are the ones who think of new business ideas to start something of their own in which they excel or have interest, but the main problem comes when the idea has to be implemented. The implementation of the idea for any business cannot be done without capital and this why people with great ideas and capabilities have to work for others which they don’t enjoy.

You might be thinking that why they cannot sanction loans from the financial institutes and the banking institutes, that is an easy option to start any business, but banking sectors only process loans for the SMEs when they follow the guidelines jotted down by the government. Now if a person has some idea which is not covered under the list of businesses he can do and for which he can be granted loans, then what will that person do? how he or she will raise funds for new startup business? In such a situation, venture capital firms can help small-scale businesses, new startups are the entities where these investors invest.

What are a venture capital firm and investments?

Venture capital is not your own capital if you want to put it in simple terms. It is the other’s people capital which you invest on your own idea to start a business from scratch. Venture capital firms and the investors normally invest in the businesses which are highly risky and at the same time have potential to make high profits. These are the bunch of investors who seek for an opportunity in its purest and raw form and what can be better than a new startup? The ideas which are practical enough but have a high risk to be implemented in the market that is whether the product or the services will be a hit or not, venture capitalists invest in such ideas. There are many venture capital investment firms across the countries and especially in the developing markets where the monies are getting invested at the current times, and India is one of the major contenders of the same.

The investors who are running these venture capital firms are not individuals; the money which they invest is pooled from different sources. Though there are some of the firms which are run by 2-3 HNIs who have that much of excess income that they can invest in a risky business though with the expectation of making a high profit. Mostly the investments are pooled from the large business entities who want to invest in some highly profitable ventures, pension funds which are idle money for long-term, companies who invest in different markets, endowment funds, etc. These are the sources of the money that is collected by the venture capital investors to invest in the businesses which they anticipate, analyze to be a successful one. The risk is high, so the premium has to be high as well.

Venture capital is often known as the private equity which is not the equity capital of the owner of the businesses but in reality is a debt. The term equity which is private comes from the way these venture capitalists earn from the startups. They don’t charge any fees or interests, for them the money invested is a long-term investment which will be of greater value in the upcoming years.

What are their returns?

You might be thinking that like any other financial institution, venture capital investors also charge interest, but they don’t as these are long-term investments for them as mentioned above as well. The venture capitalists don’t invest in any of the ideas presented to them on the Powerpoint. They analyze, anticipate each and every idea, match it with the real scenario and then decide whether to invest or not. They only invest in such startups which have the potential to grow to a different level altogether. The money they are lending, they want a solid investment in return. The return from the startup company is what they look for after the gestation period.

When they are taking so much of risk for your company, then their share of profit would also be high. They only invest when they see a potentially high return from your firm or the product or the service you are going to sell. Moreover, it is the money of the other institution and other people which these venture capitalists invest, and thus they look for such risky but secure investments which are bound to make profits. The main work of the venture capitalists is to find out the business ideas from the different people and analyze and compare their profitability.

They are lending their analytical thinking to two classes of people, one who has the money but don’t have the idea where to invest and another who has the idea but doesn’t have money to start. They act as the bridge in between the gap of these two sets of people and earn a high return for their expertise. They invest in small businesses, but which have the potential to grow huge, they won’t invest the money of their clients on an idea of setting up a store in the local market with no growth potential or thought process.

The venture capitalists take a portion of the ownership in the companies in which they invest when these businesses go public. They invest in such ideas which have the potential to stand in IPOs in few years. They become the stakeholders in those companies and the businesses, and that is the main return for their analytical thought process and the way they invest other’s money on successful and potential ideas.

How can you raise funds for your idea?

There is a various conference of these venture capitalists, startup ventures of the government; business meets where you can find potential investors to impress as well. These are the places to make a good network and connect with the potential investors.

So, if you have an idea and you think your product or the service which you have thought of can make a mark in the market, don’t hesitate to approach a venture capitalist as they don’t only invest in your idea but might also guide you for the next time.