Home Stories Procrastination While Working from Home and How to Avoid It?
Facebook
WhatsApp 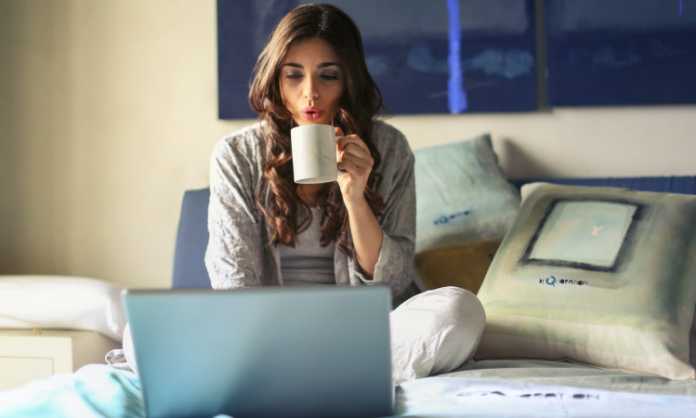 In 2020, a sizeable number of the UK workforce has become acquainted with the pleasures of working from home. As well as limiting contagion, this form of working limits the time we spend travelling, it reduces our environmental footprint, and it allows us to arrange the office space to suit our personal needs.

With that said, there are definite downsides to working from home, and among the most harmful of them is the temptation to procrastinate. Rather than get on with the task at hand, we distract ourselves by scrolling through our social media feeds, or finding other jobs to do that probably aren’t as important.

According to polling by instantprint, a printing company providing flyers and leaflets a whole range of activities are being pursued at home during office hours. 36.7% of those polled reported that they’d been watching TV when they should have been working. This was the most popular form of procrastination, followed by napping, household chores, and walking the dog.

They also found that, while 18-24 year olds are most likely to watch Netflix during work hours, it’s actually older people who are more likely to avoid work in general. 1 in 10 of those over 65 admitted to doing zero work from home.

Why is procrastination bad?

You start working, you get bored midway through a task and go to reply to someone on Facebook. It might take five or ten minutes to get your concentration back to where it was. Or, according to research, it might even take as long as twenty-three minutes. And if you’re doing it constantly, the quality of your work is going to suffer considerably.

How can I cut out procrastination?

There are several nifty strategies to help you to maintain your focus and productivity, and limit procrastination. Their effectiveness will, however, vary from person to person, and they’re not a replacement for willpower.

Let’s start with the basics. You know that you have a few tasks that you have to complete within a certain timeframe. Write them out and tick them off as you go through the day.

The Pomodoro method divides your entire day into arbitrary chunks. For most of these chunks, you’ll be productive, and then you’ll take short breaks before returning. You shouldn’t feel that you absolutely have to scroll through social media during these breaks; you might equally just sit in silence. A little bit like a palate cleanser, but for your brain!

Controlling the contents of your mind means first being able to observe them. This can be done through the practice of mindfulness meditation. It might seem a little gimmicky, but many people have reported amazing success with it. Why not give it a go?