Home Stories Industries That Have Boomed Despite The Pandemic
Facebook
WhatsApp 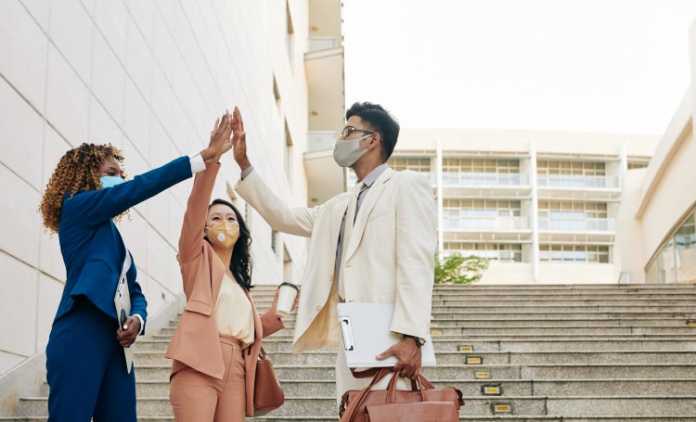 The Covid-19 pandemic dealt a huge financial blow to many industries worldwide, and the effects have been devastating for millions of businesses. However, while there were many that were hit hard financially, there have been others that have flourished.

These industries have the pandemic to thank for their recent success, which will likely continue even after the effects of the pandemic cease to be felt.

Internet-based businesses have benefitted hugely from the pandemic. Largely because the physical movement of many was limited to their homes for a time, so they had to find new ways to do things. First and foremost, with the unprecedented success of virtual meeting platforms, almost everyone with a computer has attended a Zoom meeting or party in the last year. As a result, zoom saw explosive growth during the pandemic, and their revenue increased exponentially.

Next, there are dating apps that fulfilled a necessity at the time. It was one of the only ways some people had a chance of connection. Dating apps have been somewhat popular for a few years, but many saw their user base grow during the pandemic, which led to an emergence of other apps and a surge in downloads from Bumble to Tinder to Hinge.

Internet shopping in all forms increased from clothes to food to even entertainment subscriptions. With limited options for entertainment streaming services such as Disney Plus reached more and more viewers. People opted to order their groceries online to avoid the germ infestations in the supermarkets; in fact, at one point, it was almost impossible to book a slot for home delivery. People began to spend more money on clothing shops online as it was almost a form of entertainment for some and a coping mechanism for others to buy clothes for when they could finally go out and do things again.

This huge increase in online traffic also led to an increase in the number of PCs, laptops, and even smartphones bought. This was also due to the number of people who began to work and learn from home; they became a necessity and a lifeline.

The Shortage caused by the tech boom

Many industries that offer more convenience to their consumers have seen success during the pandemic. As people were stuck at home, many of these industries became lifelines to help keep them tethered to the outside world. However, as a result, it has led – in part – to a global chip shortage that doesn’t seem like it can be easily or quickly remedied.