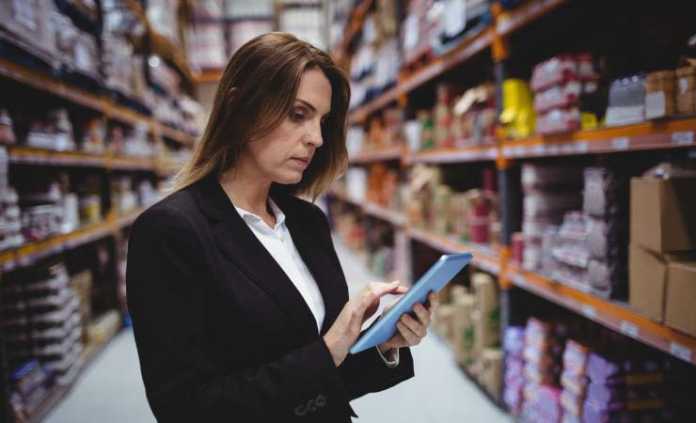 Back in the late 1970’s when Marie Fourier began using technology to automate supply chain functions, one of the most compelling pieces of equipment was a simple billing machine for printing invoices. Then came scanners for capturing orders, printers to generate tickets, and software to manage inventory – all of which helped to reduce the necessity for human intervention and manual processes.

With the advancement of modern technology, the availability of automated tools to handle supply chain processes expanded right along with it. However, through it all, Fournier, who was the director of developmental marketing and business development for Tecsys, remained one of the very few women who worked in the two mainly male-dominated fields of IT and supply chain.

According to her, networking was and still is a daunting experience, due to the fact that employees are typically 80% men.

However, undaunted, she says that today, if she had a daughter interested in getting into supply chain, she would encourage her to explore supply chain management, putting emphasis on business process improvement and inventory planning and optimization.

She says that it is probably easier for women to be on the supply chain management side, compared to supply chain execution – although there are a higher number of female warehouse workers and managers today compared to back then.

So, just how far have women managed to come in the supply industry?

What the Numbers are Saying

Fournier isn’t alone in her feelings – look around at any logistics or supply oriented trade show today and women are still largely outnumbered on the expo floor, at networking events, and at education sessions. However, Gartner’s third-annual Women in Supply Chain Survey revealed sustained representation of women in the senior-most ranks of supply chain organizations, with an increasing number of supply chain executives leading their own initiatives to both attract and retain female employees along with supporting their career advancement.

According to the research firm, female representation in the industry’s senior ranks has been ‘strong and sustained’ year after year when compared with other functions. Achieving Women’s Excellence in Supply Chain Operations, Management and Education (AWESOME) is the supply chain’s current most prominent and active organization focused on advancing the leadership of women in the industry.

But, upon some deeper digging into the numbers, it’s clear to see that there is still a lot of work that needs to be done. In fact, compared to other industries, female representation remains low and constant at levels of leadership. Gartner research vice president Dana Stiffler reports that over the past few years, things tend to have stayed ‘flat’ when it comes to women working in industry leadership positions.

Currently, women account for around an average of 37-38% of the average supply chain organization, but when going through the different levels of leadership, the percentage drops off. The proportion of women in executive roles in supply chain in 2018 was 14%, dropping 15% from the previous year. However, although the number appears low, it’s described by Garner as a ‘healthy and even market-beating showing’ when compared with other functions like accounting and finance.

On a more positive note, Stiffler says that companies are making an increasing effort in order to attract a higher number of women to positions in supply chain management and leadership. She says that due to the fact that companies are placing a keener focus on diversity and inclusion, women are increasingly focusing on top supply chain jobs, which is reflected in the report’s data.

In addition, the increasing availability of online programs such as this masters in operations management online has made it easier for women to enter the industry.

Many of the survey respondents were proactively leading their own campaigns and initiatives to attract more women to supply chain careers, rather than relying solely on the enterprise-level efforts of human resources departments.

However, around 60 percent stated that the supply chain organization has certainly developed targeted initiatives for the recruitment, development, training, retention and advancement of women working in supply chain, a figure which is up over 40% compared with 2017.

There has definitely been an increase in companies that are making a targeted effort to have more diversity and inclusion at the board and senior leadership levels. They’re placing more focus on the top-level jobs, which is beginning to show.

The survey included two questions in order to highlight what it would take to improve recruiting and retention outcomes for women in the industry, in addition to what women are looking for in order to improve the amount of female employees being offered and accepting supply chain careers.

Respondents cited ‘increasing the presence and visibility of senior women leaders’ as one of the most important actions that supply chain companies should be taking in order to have a positive impact on their ability to recruit and retain more women, and advance more women to senior levels within the company.

Some other important actions that respondents believed would help companies recruit and retain more women included changing leadership orientation and behavior and improving cultural issues, in addition to better visibility when it comes to current female leaders and their successes. Further suggestions included providing more development and career pathway opportunities along with increased opportunities for mentor ship and sponsorship by successful women in the industry.

While Stiffler recognized that more firms are doing an extremely good job of building female leadership and introducing candidates to the wide range of supply chain opportunities, she also recognized that many firms are still highly focused on other priorities and as a result, hiring and developing female talent is not always a key part of the mainstream discussion.

Finally, in order for more women to be able to drive their careers forward in the supply industry, both respondents and experts agree that more needs to be done to solve the systematic problems that often get in the way of women that are not always based on things that individual companies could be doing differently.

The hiring and promotion system has several biases that often get in the way, particularly as the field is one that continues to be largely dominated by men.