Home Stories Hiring a Dedicated Software Development Team in Europe: All You Need to...
Facebook
WhatsApp 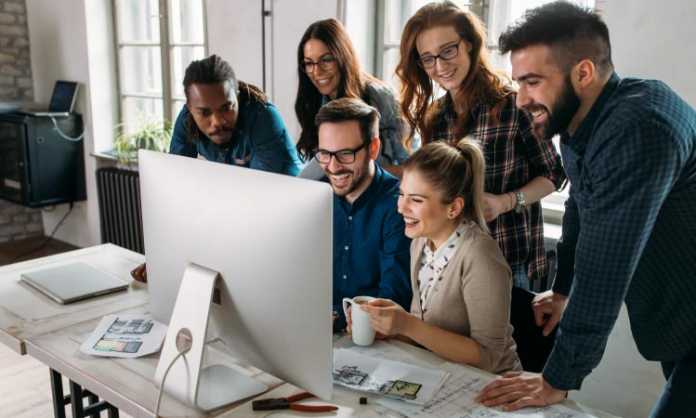 According to data from the US Bureau of Labor Statistics, there are more software developer openings than qualified applicants. As a result of the clear skills gap, 44 percent of American businesses now outsource software developers to save costs and increase profitability. Because Europe is home to so many important IT centers, it is a popular location for startups looking to build out their development departments.

There won’t be any major problems with teamwork that slow down your projects. You won’t have to worry about payroll, taxes, or other management fees, either. If you want to get your product to market as soon as possible, you need to hire development team in Ukraine or other parts of Europe as soon as possible.

The Advantages of Working With A European Development Team

One million ninety-five people were working in the software development sector in the European Union in the year 2022. Europe is a great option for establishing a software development team due to its abundance of skilled IT professionals. Over two hundred thousand Eastern European programmers are actively seeking remote work opportunities. Among the most popular places to outsource to are Poland, Ukraine, and Romania. Hiring a European-based development team has many advantages.

Poland, for instance, is an important center in Eastern Europe because it is home to more than 430,000 experienced software experts. The regional countries all put money into the growth of the IT sector.

The STEM education system in Europe is highly regarded, and this is reflected in the high caliber of Europe’s IT workers. They have distinguished themselves with their extensive technical training and proficiency. This means that European coders regularly place highly in international talent rankings.

Many American businesses want to cut costs by staffing European development centers with in-house experts. Developers from Eastern Europe are doing well in the worldwide market in part because their pay is two to four times lower than the average in the United States.

Most European nations are working to improve their legislation to make it simpler for international corporations to conduct business as they increase their pools of IT expertise.

For instance, when hiring developers in Ukraine, the Ukraine tax laws offer new enterprises in the market additional benefits. Creating a virtual office can be easier in some countries than in others. This is why many of the world’s leading corporations, such as Google, Twitter, and Amazon, have European-based teams.

If you’re trying to figure out where to get dedicated developers in Europe, it’s important to familiarize yourself with the pros and cons of the most common outsourcing locations. It’s no secret that Eastern European countries like Ukraine, Poland, and Romania are attractive destinations for outsourced software development work, but other countries like Croatia, Hungary, and the Czech Republic are on the rise as well. Let’s focus on the top three choices here.

In terms of information technology (IT) service delivery, this country is home to three large, established hubs., Cluj-Napoca, Iaşi, and Bucharest are their respective locations. A sizable pool of skilled software engineers may be found in this European country. More than 90,000 people in Romania’s workforce are software specialists.

This country has become well known as an important hub for the outsourcing of developers. Even though the country’s IT business is expanding every year, salaries for IT professionals there continue to lag behind those in countries like France and the UK.

There is a large pool of talented Polish professionals available, and they have a deep understanding of Ruby and Java. If you’re looking to hire a dedicated development team in Poland, ensure you avoid any legal hassles.

Two types of contracts of employment (freelance and onsite)

and access to a large talent pool are two of the main benefits. Also advantageous are the six major cities that serve as IT hubs.

Businesses that outsource their software development work to Ukraine-based firms receive high-quality assistance at competitive hourly rates. Ukraine’s technology industry is strong and well-organized. A lot of the most advanced programming frameworks and libraries are well-known local developers.

Developers from Ukraine work on projects in a wide variety of industries, including medicine, tourism, academia, athletics, and more.

When you have a significant project and require a trustworthy partner to complete it, hiring a development team in Ukraine, Poland, and Romania is a wise choice. Whether you’re a fledgling company or a well-established one, it helps to have a group of specialists on your side the whole way to success. There are undeniable benefits to this type of teamwork; for instance, the cost of hiring developers in Ukraine is lower than they initially appear. When searching for a reliable business partner, you can broaden your search to include people from all over the world. There are hundreds of reputable outsourcing firms to choose from.