Home Stories GST- Is It A Sigh Of Relief For Small Businesses In India?
Facebook
WhatsApp 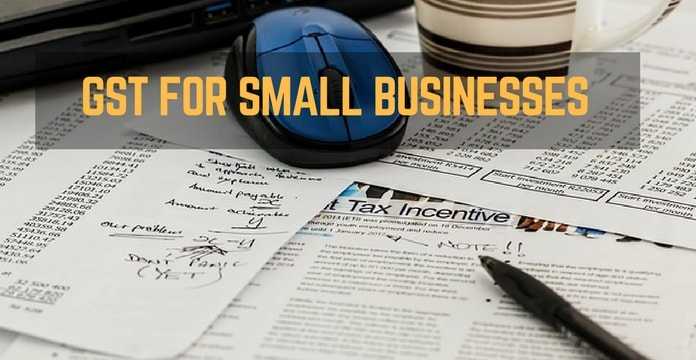 GST or the Good and Service Tax is a new thing in India, and everyone who is into business is more or less confused and worried about the implication of the same. GST has been popular in other countries for years, and India is the recent one in the world to adopt in on July 1, 2017. The main difference that India has in its GST implications is that it has variable GST which is rare in other parts of the world.

The demand and supply of the goods and services determine its price and to promote the products and services of the small traders to make India independent on economic grounds, GST has special exemptions for the small operators. The businesses which are making a turnover less than 20 lacs in a year are completely exempted from tax which is a boon for the small players. The next big thing for these businesses is that layers of taxation have been reduced which is a great benefit for the small operators as they don’t have to pay a lot of amount for the tax compliance which in turn will add to their profit.

The complexity of doing business under GST has been reduced and thus the small businesses can focus more on the firm rather than the rules and regulation of it. Though the annual turnover for the small companies has been made 20 lacs for the rest of the parts of India, it is still ten lacs for the Northeastern part of the country owing to their need for rapid development and acceptance of the society. This exemption from the indirect taxation will not only help the small business to boom rapidly but also boost their morale and also who are searching opportunities in the market but afraid to start something because of this taxation compliance and other regulations.

Obviously, the new tax regime of GST is a sigh of relief for the small business owners, but there is a catch in it. If the dealer is supplying or providing goods and services (respectively) to other states, then they need to pay GST without getting any exemption as in domestic supplies, the government won’t provide exemption till 20 or 10 lacs of annual turnover. The next big thing is the composite rate of GST which is applicable for the small business houses in the manufacturing industry. Under this provision, the business firm or the newly build manufacturing company can choose to pay a composite GST of 5% to get away with GST compliance but once you opt for the same, you won’t be getting any benefit for your business under the input tax credit scheme.

Relief from the Cascading Effect

Under the earlier indirect tax regime of the VAT, Service tax, etc. there were chances of paying taxes multiple times as every time a good or service was manufactured or generates, the tax was levied on the same. So, at each level of production tax used to get added to the cost of the good and services, thus there was a huge risk of adding a tax on the price on which tax has already been charged earlier. This is cascading effect of the tax. But under GST, the chances of cascading effect are nil as there is only one tax which will be added to the final goods or services. This cascading effect was a nightmare for the small businesses earlier as this used to remain as a barrier when some minor businesses tried to compete with the larger companies. With GST and various input tax credit options implement by this government, Small businesses have two significant benefits which are

For the small businesses, it is tough to maintain a full-fledged logistics and distribution department to track all their goods and services and the taxation on the same. With variable tax earlier, it was more difficult as the logistics are way more dependent on the state level taxes and thus it became a barrier in the way of the small businesses. Under GST, the priority of the government is the need of the companies and the small entrepreneurs, and thus they can get away these extra logistics and distribution costs and focus more on their businesses to grow and expand.

For the bigger companies in India, whose turnover is around 75 lacs in a year should mandatorily issue bills but that can be handwritten and not necessarily an electronic receipt. The handwritten bills will also count as valid documents when it is filed for taxes provided the annual turnover of the businesses doesn’t exceed the mark of INR 75 Lacs.

For the new GST compliance, the government has allowed the small companies to use additional stickers to celebrate the new prices under GST. It has to be done along with advertisement of the same at least in two newspaper which is nationally available.

More than 13.5 lacs new registration has been filed under the GST regime, the number is growing as well. Many are registering under the composite rate of GST which shows the Indian traders are interested in making India great again by ding their own business and not depending on the foreign countries for major supplies.

Till many people are unaware of the benefits of the GST and composition tax benefits and that is curtailing down the rate of people registering for this new tax regime. It will grow in the upcoming months as predicted by the government officials and the analysts when the entrepreneurs will understand the benefits correctly. The composition tax rate is not only comprised of one single rate, but one can opt for a different rate of 1 or 2 percent as well instead of 5%, and moreover, people under this scheme has to file taxes quarterly instead of the month filing of the taxes like other traders under GST.

More than 70 lacs of traders who were earlier registered under VAT, excise and service tax regime have been shifted and recorded under GST which shows the acceptance of the single tax nation.

The drawback of the GST and composition scheme is that it includes exports as inter-state supply and the benefit of structure tax cannot be levied on the same which is a major turn down for the traders looking for opportunities in the global market.

With a single tax regime, the small businesses can dedicate more time in generating sales ideas and how to expand their businesses than to dig their heads in tax compliance every month which in turn would benefit not only the traders and the new entrepreneurs but also the country to grow beyond expectations.

3 Strategies to Safeguard Your Small Business Against Litigation