Home Stories Where Do Pink Diamonds Originate From?
Facebook
WhatsApp 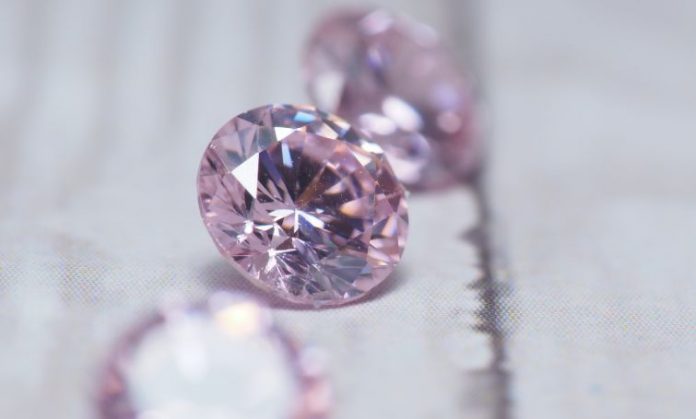 Natural pink diamonds are highly fascinating due to their rarity and breathtaking beauty. These coloured diamonds are magnificent additions to any collection, which is exactly why it’s no news that they also make an excellent investment, especially those with much rarer characteristics.

With their scarcity and the enigma surrounding their geological components, pink diamonds are the third-rarest variety of diamonds, after red and blue diamonds. The formation of the colour pink in pink diamonds has been the subject of numerous theories. With so much mystery surrounding the discovery and availability of these diamonds, keep reading to learn the origins and intricacies of these exquisite gems.

There aren’t many mines in the world that produce this priceless stone. However, even in these mines, it takes tons of stone to extract just two or three pink diamonds due to their extreme rarity. India was the first nation in the world to manufacture pink diamonds, according to history. The pink gem was initially uncovered in Kollur Mine in Andhra Pradesh. In the 17th and 18th centuries, Brazil, India, and Borneo produced considerable quantities of pink diamonds; but today, they only generate a little of the gem.

However, since 1985, a large percentage of the world’s pink diamond source can be largely traced to Australia, specifically the Argyle Mine in Western Australia, which accounted for over 90% of all pink diamond production in the world prior to its closure. Despite the impressive percentile of diamond production, more than 80% of the diamonds mined at Argyle are brown, 16% are yellow, and 2% are white, while pink diamonds make up a minuscule fraction below 0.1%.

In addition to Australia, pink diamonds have been discovered in other nations in Africa, Asia, America, and Europe. Diamond-producing countries like Brazil, Russia, South Africa, Siberia, Canada, and Tanzania are also among the countries where these rare gems are still mined.

Although a few pink diamonds have taken centre stage over the years, these four are among the most astonishing because of their size and uniqueness.

A naturally fancy-coloured diamond is reportedly found in around 1 out of every 10,000 carats, which helps to put their rarity into perspective. Hence, fancy-coloured diamonds make up about 0.01% of the total diamond supply. The majority of these fall under the category of more commonly used hues, such as yellow and champagne. The far more magnificent hues, such as pink, blue, and red, follow. To illustrate how rare pink diamonds are, just 1 carat out of every 1 million that the mine produces in raw diamonds is acceptable for sale.

Origins aside, pink diamonds are also graded for the intensity of the hue, which ranges from faint to very light, to light to fancy intense, to fancy deep to fancy vivid. As with other diamonds, the more intense the colour, the more expensive the product. As a result, a naturally pink diamond that is rated as fancy vivid pink and a rich pure pink colour is significantly more valuable than a fancy pink diamond. Additionally, secondary colours are frequently found in pink diamonds. Orange, brown, and purple are the most typical modifying hues. Most vendors would list their colours as orange pink, brown pink, and purple pink.

Understanding a diamond’s value begins with grading it according to a carat, cut, clarity, and colour. The same goes for pink diamonds. However, no price list can state that an X-carat pink diamond would cost Y-amount, because no two pink diamonds are alike.

As stated earlier, pink diamonds, which may cost 20 times more than their white counterparts, are among the most precious coloured diamonds. The Argyle Mine estimates that the price of a one-carat pink diamond can range from $100,000 to $1 million depending on its form, cut, and clarity. Bear in mind that secondary colours can have a significant impact on both value and cost. For instance, a brown-pink variation is easier to find and maybe more reasonably priced, while a rarer purple-pink variation can cost more.

Concern over the availability of these gems has grown in recent years, leading to a rapid jump in demand and price. Every remaining piece’s value has climbed steadily, year after year, outperforming other investment ventures like real estate and securities considerably. Factors such as the closure of the Argyle Mine, which was the largest producer of pink diamonds, also contributed to the significant spike. Furthermore, it is anticipated that the appreciation will only keep growing as a result of the overwhelming demand.

Conclusively, pink diamonds are exquisite precious gemstones. They are actual collection pieces, not just pieces of jewellery, and they merit being shown because their worth will only rise over time. For astute investors, it also presents a great investment opportunity. After which, you can just sit back and watch as the value of your diamond asset rises.