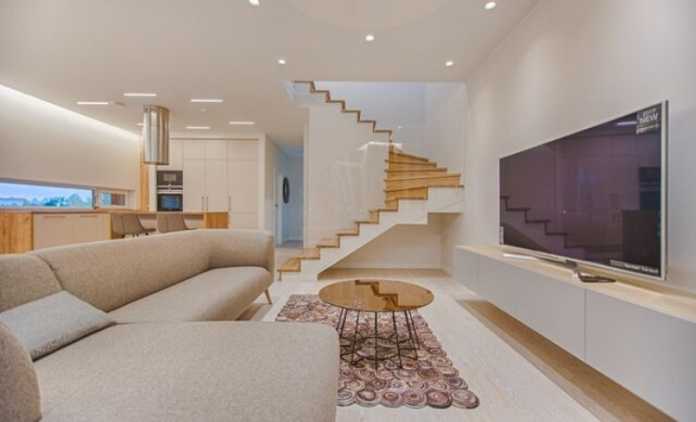 They have entered the world of decoration with force, to the point of overriding expensive designer televisions. This television is nothing more than a mirror that can be converted into a television screen, offering excellent image quality.

For its correct operation, factors such as a panel with enough candles, the luminosity, and the ventilation of the appliance must be taken into account.

The TV mirror has become the new sensation in the audiovisual world, especially in the world of decoration, to the point of being unseating faces televisions design. The mirror television can hide a TV that offers a high image quality behind a mirror that, while it is turned off, does not spoil the aesthetics of the room. They say it is an elegant, discreet, and modern way to integrate television into the home.

In reality, this television is nothing more than a mirror that can be converted into a television screen, offering excellent image quality. It should be noted that its mechanism is complex and that it does not consist of placing a regular television and putting a mirror in front of it. For a mirror television to function correctly, you must install a panel with enough candles so that the image does not lose quality when it passes through the mirror.

Besides, they consider it essential that the number of candles is calculated based on where the television is to be located. “For example, if it is a place where there is going to be a lot of light, in an outside location or a shop window, the television should have more light candles, since otherwise, with so much light, the image it would not be seen, “they have explained.

They also highlight the need for adequate fans, since the television will be recessed into the wall. If it did not have sufficient ventilation, the appliance would not withstand a long operating time due to the heating it would undergo. “If, for example, we want to put the mirror television in a bathroom or a spa, it must be properly sealed to avoid condensation,” they added from the company. Therefore, they understand that it is essential that mirror televisions be made to measure after studying their location and the conditions in which they are installed.

To achieve this goal, it is necessary to properly merge a standard LED panel with a type of mirror known as a “dielectric” mirror. These types of mirrors, at first glance, are not too far from the traditional mirrors that we can find in any home. However, inside, they have layers of dielectric material, that is, not electrically conductive, which allows different wavelengths.

In the case of televisions with built-in mirrors, the glass is designed to allow the passage of light from the tv, regulating, among other things, the wavelengths emitted by the panel. At the same time, the rest of the spectrum is reflected, which provides the mirror effect.

This growing trend opens up an unlimited world of decorative possibilities.

Furthermore, with the increasing evolution of technology, the choice of television with mirror effect does not necessarily imply a loss in functionalities or image quality. It is already possible to find screens under this trend with features such as Wi-Fi, 4K UHD resolution, Smart TV, or even integration with apple smart display.

In the same way, it is possible to find mirror effect panels capable of offering an image quality similar to ordinary televisions.

4 Ways You Can Use Technology to Improve Your Business Operations

How Flight Planning Differs Around the World

Get A Leg Up On The Competition With This New Sim-Only Plan!

5 Ways Solar Can Save You Money