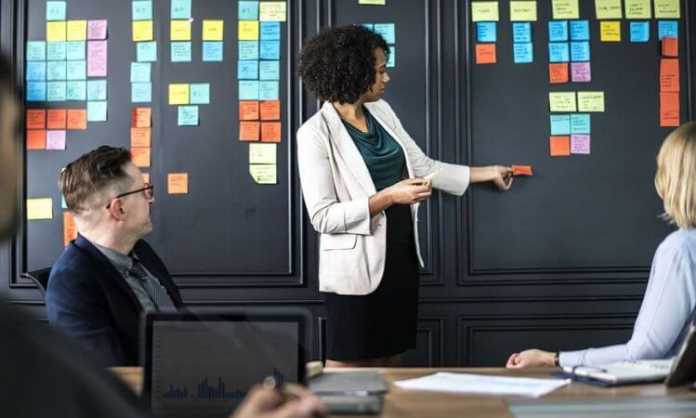 Putting together a good team is not something that miraculously happens overnight and simply bringing together a bunch of professionals and locking them up in a room is not going to do it. Deadlines, stress, massive workload, they are all going to take a toll on every member of the team, if their tasks are not clearly defined and they don’t have a great project leader.

The efficiency of a team is not always based on their professionalism, but rather on how the team members interact with each other. In order for your team to work together successfully, they need to have a clear idea of all aspects of the process, what everybody’s responsibilities are and, most importantly, believe in the project. But where do you start?

What Defines A Truly Effective Team?

Gathering up some people in a room might from a team, but it does not form an effective team. In order to create a team that is going to deliver, everybody needs to understand the power of teamwork.

When hiring someone, qualifications are very important, but you should also be taking into consideration what else does that person bring to the team. Every team member needs to be aware of how important each and every other person is to the team and learn to form a cohesive group.

Another important aspect is your role as a leader. Your main goal should be to make sure everybody is doing their job. In order to do so, you have to set clear goals, provide guidelines and tools.

Always make sure to monitor the team’s progress and make sure they are on track with the project. Encourage people to share concerns and ideas and listen to them when they do so. This will help you see if everyone is working well or you need to re-assign roles or make changes.

Pay attention to their issues, but let the team solve most of them on their own. Dealing with unexpected issues is what bonds a team and builds confidence. Last, but not least, make sure to celebrate every victory.

This does not mean you need to go out and have a party every time a goal is met, but giving props to the team for their work is extremely important to build their confidence.

What Human Resources Do You Need?

In order to put together a team, you need to have a clear image of your team’s structure. This will help you figure out what you need, when evaluating candidates. For example, do you know what the difference between software engineering vs software development is? Well, you will need that if you want to put together a well-balanced team.

One of the most popular methodologies to organize work processes is the Scrum methodology. The term “SCRUM” is not an acronym, contrary to what many people think, but a term borrowed from rugby, to emphasize the importance of teamwork in completing a project. According to the Scrum Guide, there are three important roles in a team:

The members of the development team can vary, based on what your project is. But, for example, for a Python project, this is the minimum you will be needing:

Another extremely important piece of advice is to involve architects, who analyze the project, as early as possible, so they can have a path for the project starting day one. Having the architect show up in the middle of the project may involve the team having to re-make parts of the software, which will be extremely counterproductive.

While the jobs may seem quite similar, there are quite some differences between a regular Project Manager (PM) and a Scrum Master (SM). The project manager is the person who determines tasks, assigns them to team members and supervises them.

When using a Scrum methodology, the roles are a bit shifted. A Scrum Master is like a mentor, someone who ensures the methodology is being correctly applied. The Scrum methodology focuses more on the independence of the team, relieving the SM from some of the management tasks. This has proven to be more effective, especially because, this way, the team members feel like the project belongs more to them and they turn out to be more productive.

The SM acts more like a mentor, rather than a commander. But if the team does not understand that, it could lead to some bad consequences, such as thinking that the SM is abandoning the team. In order to avoid this, the team should be encouraged to set their own goals and the SM should provide just enough guidance to help developers figure out their next steps.

As you finish putting the team together, you should start focusing on how effective it actually is. When evaluating their performance, focus on the process and the results.

The results are mainly influenced by the team’s objectives, be them better product quality, better use of resources or faster delivery time. The process represents the way the team is working towards achieving their results. Evaluating your team will show you how good they work together, how they manage to face internal issues and will help you set future goals for the projects to come.

Choosing the right methods to evaluate your team is up to you, but you should always include team discussions, benchmarking and debriefing. Team discussions will allow team members to discuss their processes in a more informal way, so it will ease tensions.

5 Ways to Incorporate Scandi Minimalism into Your Office Revamp

Need a Lawyer? Here’s What to Look For