Home Technology 4 Crucial Things To Check While Looking For An ATM Near You ...
Facebook
WhatsApp 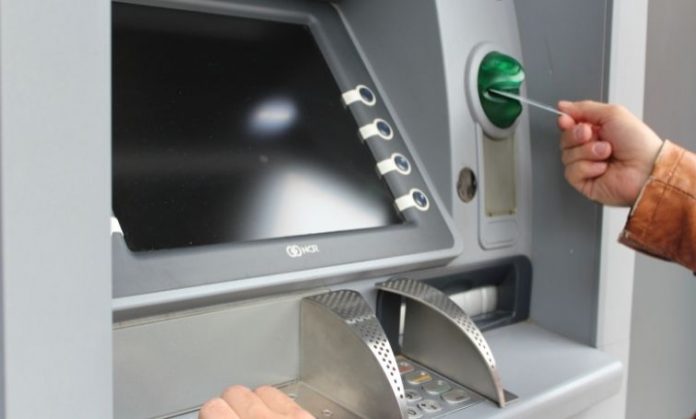 If you are someone who uses smartphone maps to locate things, you must have made a map search of “ATM near me” probably a hundred times. Whether traveling overseas in your city, you might need to withdraw cash multiple times. In such cases, you often look for an ATM near you that lets you withdraw money.

Before you withdraw money from any random ATM, you must understand that every ATM has specific rules and restrictions on the withdrawal amount. It might create additional problems if you are not aware of those rules. Therefore, you need to check these four crucial factors while looking for an ATM near you.

Nobody wants to walk several blocks to find an ATM. Today ATMs are located at almost every corner of the city. Just take out your smartphone and google search for “ATM near me.” You will be presented with numerous ATMs present in close proximity to you. You can walk there, take a cab, or do whatever fits you.

The biggest mistake people make is withdrawing money from any ATM they see. Most people are unaware that withdrawing cash from an ATM of a bank or financial institution other than yours can levy additional charges. Though some banks do not charge for the first few withdrawals in a month, your account gets deducted automatically if you cross the minimum limit. When all the charges add up, you are short of at least 10 to 20 dollars every month. It wouldn’t make sense to waste 20 dollars just because you used another bank’s ATM. Therefore it’s always good to use your own bank’s ATM for withdrawals. That way, you don’t have to worry about paying additional charges, and your bank’s ATM has more banking options such as PIN change and mobile number upgrade.

Every ATM has a minimum withdrawal limit. That means you cannot withdraw an amount less than the minimum limit. When the ATMs were still new, banks used to allow withdrawals only more than $5o to $100. Because of that, many people used to face difficulties, and sometimes you need to withdraw a lesser amount. Thankfully it has changed now. Today, many banks in America allow withdrawals as low as $1, $5, and $10. That way, students and young adults can withdraw a lesser amount of money without much hassle. When you perform your Google search, don’t forget to check whether the ATM has any minimum or maximum withdrawal limits.

Many people withdraw massive amounts of money from ATMs like they don’t know they can visit their bank for withdrawal. Withdrawing such huge amounts finishes all the cash in the ATM. That’s why many banks set limits on the maximum amount anyone can withdraw from their ATMs. These limits vary from bank to bank. Average maximum withdrawal limits are $300 to $100. You cannot withdraw more money than the maximum limit within one day. ATMs also have specific limits on how much money you can withdraw at a time. Confirm those limits before you withdraw your cash.

Finding an ATM near you doesn’t have to be difficult, especially when so many navigation apps are at your disposal. Make sure the ATM you choose offers low amount withdrawals and doesn’t charge any ATM fees for withdrawals, or else it’s best to withdraw money from your own bank’s ATM.

Java Development Outsourcing: Is the Game Worth the Candle in 2022?

What Java Developers Do And How to Hire The Best?

Deboning: How To Make It Efficient And Safe